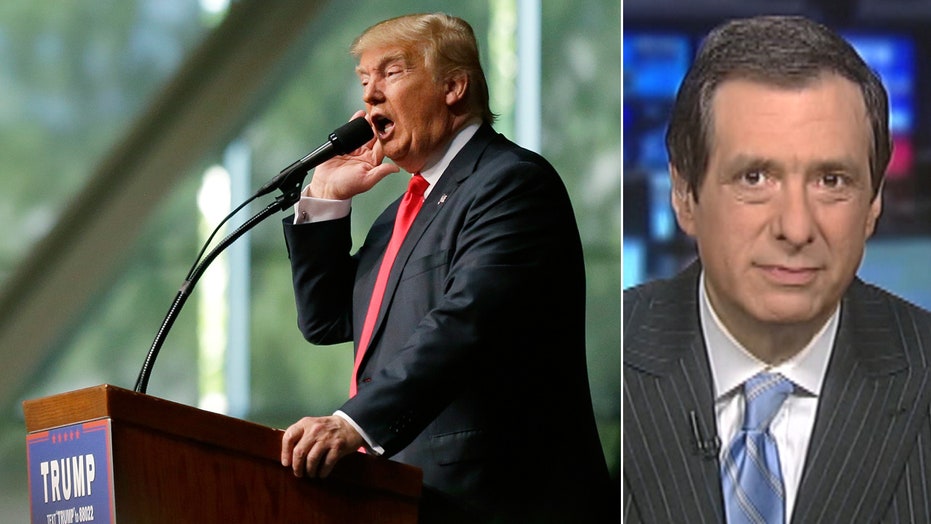 Kurtz: Trump gets a poll vault

Suddenly, abruptly, the press is viewing Donald Trump as a potential president.

The business that gave him no chance of winning the nomination, which remained in denial for months as he dispatched his GOP rivals, which has been operated under the assumption that Hillary Clinton will clobber him, is starting to change its tune.

And it’s all because of a couple of polls.

Now as I’ve said from my soapbox many times, journalists are way too addicted to polls, which are fleeting snapshots and sometimes wrong. A June poll in 1992 gave the impression that Ross Perot would win the White House. A June poll in 1988 suggested that Michael Dukakis would be sitting in the Oval Office. So surveys in May of 2016 should be viewed with appropriate caution.

But every once in awhile, a poll or two can change the political conversation. And that’s what is happening with numbers showing Trump essentially running even with Clinton. A Fox News poll gives him a 45-42 percent lead, which is margin-of-error territory.

That means more to the horse-race press than Trump meeting with Henry Kissinger, releasing a list of potential Supreme Court nominees or anything else he’s done since driving Ted Cruz and John Kasich from the race.

Even if the polls are off by a few points, it means that a non-politician, who has been widely derided for being too divisive and inflammatory, is a serious contender against a former first lady, senator and secretary of State.

What does this do to the #NeverTrump crowd?

Most of its members make the argument that Trump’s nomination would be a suicidal move for the GOP. That’s why they’re plotting to try to rewrite the convention rules to derail him, or challenge him with a third-party conservative candidate.

But don’t those talking points crumble if Trump is viewed as having a strong shot at recapturing the White House for the Republicans?

The Fox poll underscores what a crazy campaign this is. The gender gap is large, with Clinton leading among women by 14 points and Trump on top with men by 22 points.

The racial and ethnic gap is huge. Trump has a 24-point edge among white voters. Clinton dominates the black vote by 83 points, and the Hispanic vote by 39 points.

There may be a Trump bump since he effectively clinched the nomination, while Clinton still has to fend off attacks by Bernie Sanders. Trump’s negatives, while still high, have shrunk since March, which shows that even well-known candidates can gradually change the way they’re perceived.

But there is bad news for both candidates: they’re strikingly unpopular. Forty percent of those surveyed said Trump is honest, while 57 percent said he is not. Clinton hit a new low with just 31 percent viewing her as honest, and 66 percent saying she isn’t.

So this could come down to which candidate can make the other seem more unacceptable, a surefire formula for ugliness.