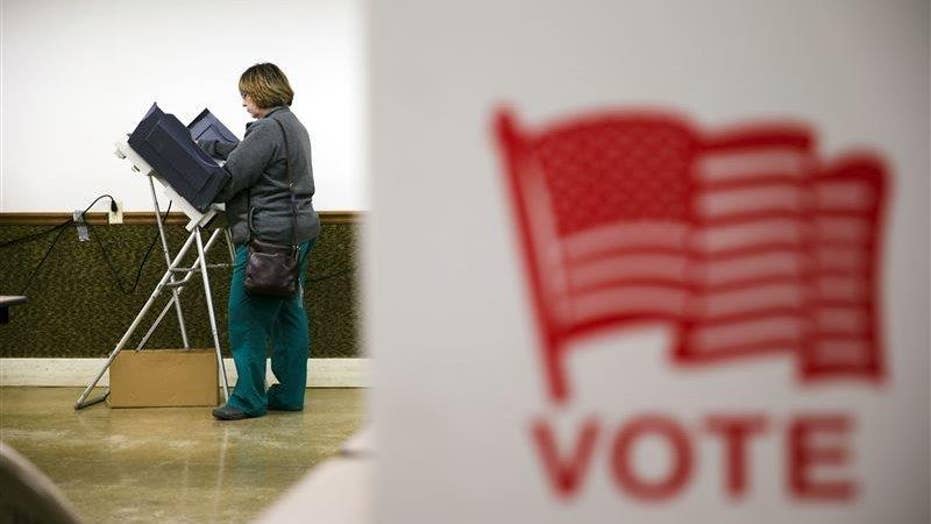 Donald Trump and Hillary Clinton are locked in a tight race across the country’s most critical battleground states, according to new polling that challenges assumptions the presumptive Republican presidential nominee would enter a general election battle against the former secretary of state as the underdog.

The Quinnipiac University Poll tested a Clinton-Trump match-up in Florida, Ohio and Pennsylvania. The two were close in every state, with Trump even edging Clinton in Ohio, 43-39 percent.

“Six months from Election Day, the presidential races between Hillary Clinton and Donald Trump in the three most crucial states, Florida, Ohio and Pennsylvania, are too close to call,” Peter A. Brown, assistant director of the Quinnipiac Poll, said in a statement, also noting that Trump at this point is doing better in Pennsylvania than the GOP nominees in 2008 and 2012.

The polling is still just a snapshot. Most national polls continue to show Clinton leading Trump in a general election match-up, and the overall electoral map is widely thought to favor Democrats in November.

But, as noted by Quinnipiac, no candidate since 1960 has won the race for the White House without winning at least two of the three swing states tested here.

The poll also could partly reflect changing attitudes toward Trump since he effectively wrapped up the Republican nomination last week, when his two remaining rivals bowed out of the race.

The Quinnipiac polling was taken in the period before and after Trump became the presumptive nominee, from April 27-May 9.

The new swing state numbers also could help boost Democratic primary underdog Bernie Sanders’ case that he could be a stronger general election candidate against Trump. He edged Trump by 2 or more points in every state polled, performing better than Clinton. He also did better than either Clinton or Trump in terms of favorability ratings; the two primary front-runners were viewed negatively across all three swing states.

Clinton, though, maintains a nearly insurmountable delegate lead over Sanders. The two are battling Tuesday in the West Virginia primary, but even if Sanders wins, his only viable path to getting the nomination would be to somehow convince hundreds of “superdelegates” – party insiders free to back whichever candidate they want – to abandon Clinton and side with him.

The Quinnipiac polls of 1,051 Florida voters; 1,042 Ohio voters; and 1,077 Pennsylvania voters each had a margin of error of 3 percentage points.