The Supreme Court ruled Thursday for the Trump administration in a key immigration case, determining that a federal law limiting an asylum applicant’s ability to appeal a determination that he lacked a credible fear of persecution from his home country does not violate the Constitution.

The ruling means the administration can deport some people seeking asylum without allowing them to make their case to a federal judge. The 7-2 ruling applies to those who fail their initial asylum screenings, making them eligible for quick deportation.

In a decision in the case of Dept. of Homeland Security v. Thuraissigiam, the court ruled that the Illegal Immigration Reform and Immigrant Responsibility Act (IIRIRA) – which prevents judicial review of the credible fear determination – does not violate the Constitution’s Suspension Clause, which protects habeas corpus privileges that allow courts to determine if a person should be released due to unlawful detention.

“In this case, however, respondent did not ask to be released. Instead, he sought entirely different relief: vacatur of his 'removal order' and 'an order directing [the Department] to provide him with a new . . . opportunity to apply for asylum and other relief from removal,'” Justice Samuel Alito wrote in the court’s opinion, ruling “that relief falls outside the scope of the common-law habeas writ.”

Vijayakumar Thuraissigiam, a Sri Lankan national, had crossed the southern U.S. border without documentation in January 2017, was apprehended within 25 yards of the border, and detained for expedited removal. According to court documents, he said he was afraid of returning to Sri Lanka because he had once been abducted and beaten by a group of men, but did not know who they were or why they attacked him. At the time, he said that he did not fear persecution due to his political beliefs, race, or any other protected characteristics. 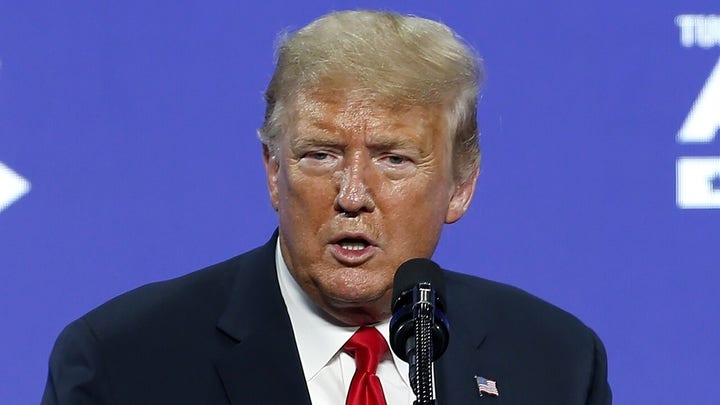 As a result, an asylum officer determined that he did not have the requisite “credible” fear of persecution. A supervisor agreed and signed off on a removal order, which was then affirmed by an immigration judge who had heard additional testimony. This led to Thuraissigiam filing a habeas corpus petition for unlawful detention, which a federal District Court denied. The Ninth Circuit Court of Appeals overturned the decision, ruling that the law was unconstitutional, but the Supreme Court reversed this with Thursday’s ruling.

Alito’s opinion also shot down the argument that the IIRIRA violated the Fifth Amendment’s Due Process Clause, citing an 1892 decision that ruled that for “foreigners who have never been naturalized, nor acquired any domicil or residence within the United States, nor even been admitted into the country pursuant to law,” decisions of administrative or executive officers exercising powers granted by Congress amount to due process.

The Supreme Court ruled that someone in Thuraissigiam’s position – being apprehended within 25 yards of the border – should be treated the same as someone who was taken into custody at the time they attempted to enter the country, and therefore the 1892 decision applies.

The Trump administration is seeking to expand authority so that people detained anywhere in the U.S. and up to two years after they got here could be quickly deported. On Tuesday, a federal appeals court threw out a trial judge's ruling that had blocked the expanded policy. Other legal issues remain to be resolved in the case.

In a dissenting opinion, Justice Sonia Sotomayor -- joined by Justice Elena Kagan -- argued that the ruling "deprives [asylum seekers] of any means to ensure the integrity of an expedited removal order, an order which, the Court has just held, is not subject to any meaningful judicial oversight as to its substance."

"Today’s decision handcuffs the Judiciary’s ability to perform its constitutional duty to safeguard individual liberty and dismantles a critical component of the separation of powers," Sotomayor continued.

Justices Stephen Breyer and Ruth Bader Ginsburg agreed with the majority's ruling, but in a concurring opinion authored by Breyer, they made clear they believe the ruling only applies in this particular case.

"I agree that enforcing those limits in this particular case does not violate the Suspension Clause’s constitutional command," Breyer wrote. "But we need not, and should not, go further."

Taking a broader approach, Breyer said, "may raise a host of difficult questions in the immigration context," questioning what could happen in a case habeas corpus is denied where a person is detained after living in the U.S. for years, or if someone claims to be a naturalized citizen.

"I would therefore avoid making statements about the Suspension Clause that sweep beyond the principles needed to decide this case," Breyer wrote, "let alone come to conclusions about the Due Process Clause, a distinct constitutional provision that is not directly at issue here."