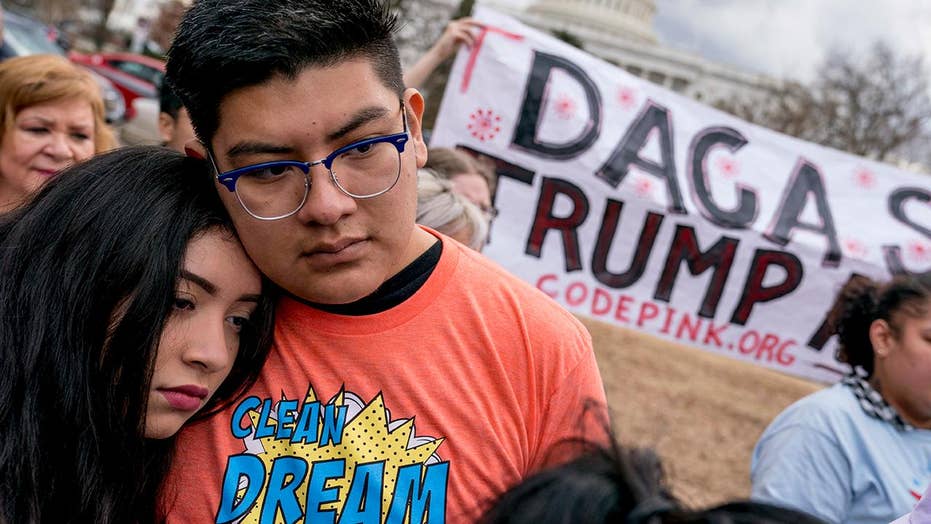 The Supreme Court on Monday denied a request from the Trump administration to fast track a case involving the Obama-era Deferred Action for Childhood Arrivals program for illegal immigrants brought to the United States as children.

The justices, without comment, refused the request for expedited review.

The Trump administration is appealing a lower court ruling allowing the DACA program for young undocumented immigrants to continue. The administration wants the program to end, but four lower appeals courts had blocked it with nationwide injunctions. The Justice Department last year asked the high court to intervene and take up the issue now on an expedited basis.

The issue could still be taken up when the appeals go through the normal process, and arguments and a ruling could still happen in 2020. The justices on Monday just decided not to fast-track the issue.

DACA, which was created after President Barack Obama signed an Executive Branch memorandum, gives some illegal immigrants who were brought to the United States as children the opportunity to receive a renewable two-year period of deferred action from deportation and become eligible for a work permit.

The Trump administration last year announced its plan to phase out the program, but federal courts have ruled variously that the phase out could not apply retroactively and that the program should be restarted.

The Justice Department had wanted the justices to use their authority to decide the matter without waiting for lower courts to rule. It is rare the high court grants such a so-called fast-track petition before all the lower courts have weighed in on the merits.