The Supreme Court on Friday blocked the Trump administration from resuming federal executions in an attempt to put to death four convicted murderers. The executions were slated to begin next week.

U.S. District Judge Tanya Chutkan in Washington, D.C., had imposed a temporary injunction on executions, saying they would conflict with federal law. That ruling was upheld Monday by a three-judge federal appeals court.

In this Jan. 24, 2019, file photo, the Supreme Court is seen at sunset in Washington. The Supreme Court is preventing the Trump administration from re-starting federal executions next week after a 16-year break. The court on Friday denied the administration's plea to undo a lower court ruling in favor of inmates who have been given execution dates. (AP Photo/J. Scott Applewhite, File)

Attorney General William Barr announced in July that the federal government would resume executions after a 16-year break, using a single drug -- pentobarbital -- to put inmates to death. A legal battle has drawn out over that time over the drugs used for lethal injections.

Federal executions were all but halted after the government found it difficult to obtain the three-drug cocktail needed for such injections.

"While we are disappointed with the ruling, we will argue the case on its merits in the D.C. Circuit and, if necessary, the Supreme Court,” she said in a statement.

In a two-page statement, three justices -- Samuel Alito, Brett Kavanaugh and Neil Gorsuch -- wrote they expected the Trump administration to prevail in court. 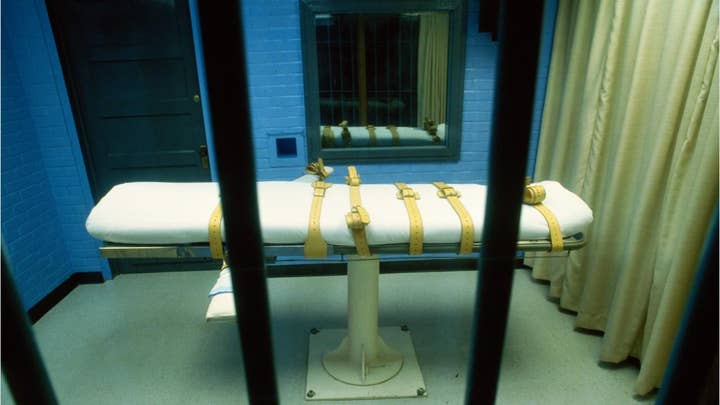 The government had scheduled the execution of Danny Lee, who was convicted of killing a family of three -- including an 8-year-old -- on Monday. Wesley Ira Purkey had been scheduled to be put to death Dec. 13 for the murder and dismemberment of a 16-year-old girl and the slaying of an 80-year-old woman who suffered from polio.

Executions for Alfred Bourgeois, who beat, tortured and molested his 2-year-old daughter, and Dustin Lee Honken, who killed five people -- including two children, were scheduled for January.