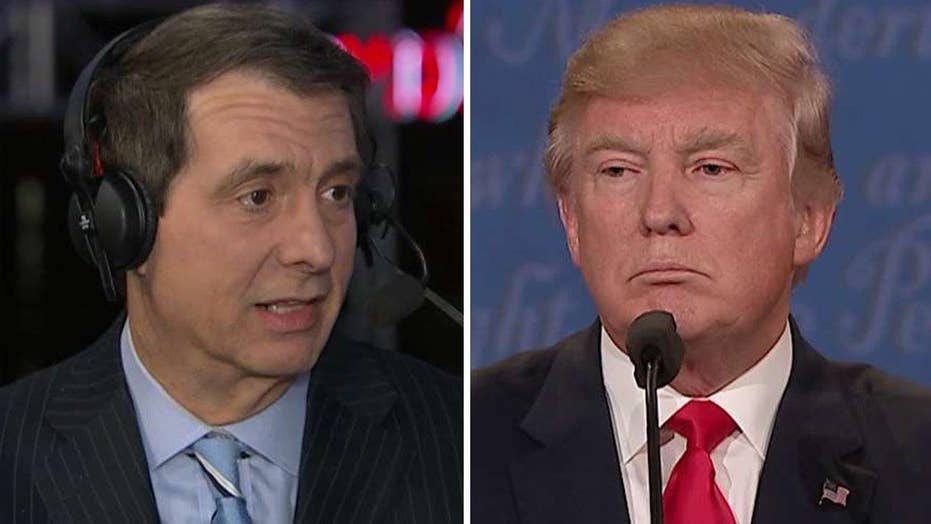 Donald Trump had his strongest debate performance here in Las Vegas, and Hillary Clinton had to deal with probing questions about Wikileaks disclosures, late-term abortion and open borders.

In the end they were evenly matched, an outcome that favors Trump as the less experienced debater. But the 90 minutes moderated by Chris Wallace did little to change the dynamic of a race in which the Republican nominee is trailing.

Instead, in an unusually substantive and largely civil encounter, the candidates played to their respective bases on such issues as immigration and abortion.

So while Trump supporters have reason to cheer their man, who was far more sure-footed than in their first faceoff on Long Island, he did not shake up the race.

But Trump may have undone whatever progress he made with a single answer, refusing to say he would accept the results of an election he has increasingly described as rigged. “I will look at it at the time,” he said, adding that “the media is so dishonest and so corrupt” that it has “poisoned the minds of voters.” Clinton called that answer “horrifying” and said Trump often blames a loss on a rigged system, even when his “Apprentice” show didn’t win an Emmy three years in a row.

That will undoubtedly be the big headline coming out of the debate and will dog Trump between now and Election Day.

Trump’s shakiest moment came when he was asked about the allegations of sexual misconduct by nine women. He said their stories were “largely debunked,” that they want their “10 minutes of fame” and said, without evidence, that he believed the Clinton campaign was behind it.

The Democratic nominee stumbled when asked about conflicts at the Clinton Foundation. When Clinton responded by praising the charity’s work, Wallace cut her off and tossed the question of Trump, who called it a “criminal enterprise.”

After two weeks of immersion in allegations of bias, misbehavior and a rigged election, the “Fox News Sunday” anchor brought the focus back to serious issues—and was tough on both contenders.

Some of the sharpest exchanges took place on immigration. Trump made his usual push for strong borders against “bad hombres”; Clinton said massive deportations would “rip our country apart” and accused her opponent of having “choked” by not bringing up his proposed wall during his meeting with Mexico’s president. She also accused him of bashing immigrants.

When Wallace asked Clinton about a Wikileaks disclosure that she had favored “open borders” in a six-figure speech to a big bank, she deflected the question and blamed Russian espionage for trying to influence the election. “That was a great pivot off the fact that she wants open borders,” Trump said.

She shot back by saying that Vladimir Putin wanted a “puppet” as president, prompting Trump to say they had never met and were hardly best friends.

An opening question on the Supreme Court produced a study in contrasts: Clinton talked about the court defending women’s, gay and abortion rights. Trump hit Ruth Bader Ginsburg and said the Second Amendment is under siege.

Prodded repeatedly by Wallace, Trump would not say he wanted the high court to overturn Roe v. Wade but said that would be the outcome since he will appoint pro-life justices. Clinton, of course, said she strongly supports the decision, noted Trump’s criticism of Planned Parenthood and recalled his walked-back remark about punishing women who had abortions if the procedure is outlawed.

Pressed by Wallace on why she voted against banning partial-birth abortion, Clinton said the government should not step in in making that “most personal of decisions.” Trump spoke of the gruesome nature of the procedure.

Wallace, who fought to enforce time limits, was also tough on Trump, saying that when it came to his financial plans, “even conservative economics” say “the numbers don’t add up.” Trump didn’t address that point but attacked NAFTA, pushed through by Bill Clinton, and accused his opponent of flip-flopping on the Pacific trade deal. “There’s only one candidate on this stage who has shipped jobs to Mexico,” she countered.

It is harder for a trailing candidate to shake up the race in a third debate, as impressions harden after the first two. Trump, who owns a major casino in this city, did not win enough chips to change the betting odds. And he continued to question whether the house rules are fair.