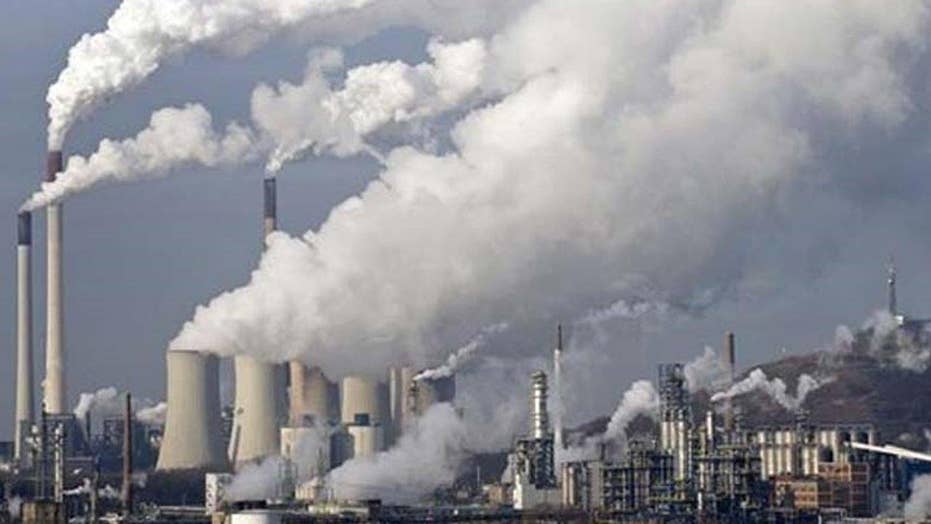 President Obama and the fossil fuel industry at last have found common cause: fighting a lawsuit brought by kids and teenagers over the administration’s alleged inaction on global warming.

Though oil and gas interests and the administration often are at warring sides, they’ve joined up to grapple with one of the more unusual suits brought against the federal government. The original complaint, filed last August in U.S. District Court for the District of Oregon, was brought by Oregon nonprofit Our Children’s Trust on behalf of 21 young people ages 8-20.

It asserts the administration, including several federal agencies, has “violated the youngest generation’s constitutional rights to life, liberty, property, and has failed to protect essential public trust resources” by not aggressively acting on climate change.

While the suit might sound like a stretch, it was enough to bring the National Association of Manufacturers, American Fuel and Petrochemical Manufacturers, and the American Petroleum Institute to the administration’s defense. They were allowed in January to join the federal case as “intervenor-defendants.”

These industry groups have a history of battling the administration over its EPA emissions regulations and other policies, but in this case they echoed the administration’s concerns about the potential consequences of the kids’ lawsuit.

In their motion to dismiss last fall, industry groups argued that if the court accepts the plaintiff’s claims, it would “empower a group of private citizens to compel through judicial fiat the exercise of sweeping legislative and executive authority conferred by our Constitution exclusively to the political branches.”

This, they say, could pose “a direct threat to [their] businesses.”

Industry groups, which are representing Exxon Mobil, BP and other energy companies, sought to have the case dismissed, while plaintiffs maintained the court has a responsibility to move the litigation forward. Coffin is expected to issue a ruling this spring.

Yet to supporters of the plaintiffs, the bedfellows are not quite as strange as they sound.

“If you look at some of Obama’s speeches, like when he offered praise for the oil and gas industry in 2012 while speaking in Oklahoma, it is clear they are both on the same side,” said Phillip Gregory, one of the lawyers arguing the case on behalf of Our Children’s Trust on a pro bono basis.

“The administration has done an inadequate job in getting where we need to be [in protecting the environment] and contesting this case is just another example of how [Obama] is supporting the fossil fuel industry,” Gregory told FoxNews.com.

Gregory contends the government for more than 50 years has known about the dangers of fossil fuels but ignored scientific studies.

Some believe the lack of scientific evidence is the reason why groups like Our Children’s Trust are using children as plaintiffs – a strategy that has come under fire.

“This step towards having kids [file lawsuits] is just a way to make it more emotional and more political and less challenging to where the science is,” Jim Steele, an ecologist and self-described climate skeptic who spent 25 years as director of the San Francisco State University Sierra Nevada Field Campus, told Watchdog.org.

The strategy of placing children at the front of the legal campaign started after Our Children’s Trust founder, Julia Olson, met Alec Loorz, a teenage activist who started Kids Vs. Global Warming with the help of his mother, according to Greenwire.

Olson, an environmental activist and adjunct instructor at the University of Oregon’s School of Law, and Our Children’s Trust have filed lawsuits on behalf of children across the country and filed administrative rulemaking petitions in every state.

While some find the tactic exploitative, others see it as strategically smart.

“I do think it is a little cynical, but it is a clever strategy if you believe plaintiffs are more often successful by using a class that is naturally sympathetic,” James Huffman, visiting fellow at Stanford University’s Hoover Institution, told FoxNews.com. He said the “public trust” argument, while ambitious, has not been successful to date in compelling the courts to lean on the administration.

But he said: “This case is part of a much broader strategy by environmentalists that contends the courts have authority to order the government to take more aggressive actions to combat climate change. My view is that there is no foundation in common law for their claims, but all they need to do is to find a judge somewhere that may be willing to go along.”

Though many legal efforts have failed or been dismissed, a few recent cases have gained traction.

A complaint challenging Washington state’s enforcement of greenhouse gas emissions was dismissed, but the judge offered a partial victory in her 10-page opinion. King County Superior Judge Hollis Hill ruled against eight youth plaintiffs on the basis the courts do not have rulemaking authority, but opined in her ruling that the children’s “very survival depends upon the will of their elders to act now, decisively and unequivocally, to stem the tide of global warming.”

Huffman, who formerly served as dean of the law school at Oregon’s Lewis and Clark Law School, believes the legal hill the plaintiffs must climb remains steep.

At the root of their argument is the “public trust” doctrine, a state common law doctrine regarding state property rights in land submerged under tidal and navigable waterways.

Our Children’s Trust asserts the atmosphere is a “trust resource” for the benefit of the public, so any individual may sue if they believe the government is not sufficiently enforcing their “rights.”

The administration has countered that no constitutional right to breathe pollution-free air exists.

Neither the administration, nor representatives with the industry groups, chose to comment on the case when contacted by FoxNews.com.

Despite the suit’s claims, Obama has helped forge international climate agreements and in his 2017 budget called for $1.65 billion over the next 10 years in mandatory spending to harden infrastructure against climate-change-related threats, among other related spending.