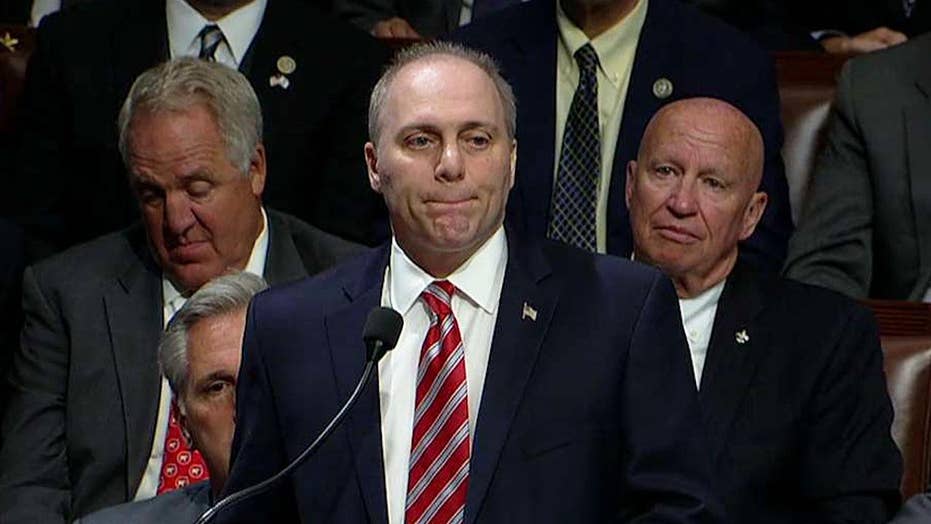 Mike Emanuel reports on the congressman's emotional return to the Capitol.

House Majority Whip Steve Scalise thought of his daughter while he was bleeding out on a baseball field in Alexandria, Va. in June and prayed he'd be able to walk her down the aisle at her wedding.

"At that point, I just went into prayer. And it, it gave me a calmness. It was a weird calmness, while I'm hearing the gunfire. You know the first thing that came to mind?" Scalise said in an interview on "60 Minutes."

"I prayed, ‘God, please don't let my daughter have to walk up the aisle alone.' That was the first thing that came to mind."

Scalise said he wasn't originally sure how badly he was injured because his body quickly went into shock.

"I knew I was shot. Didn't know how bad it was. You know, in a weird way, your body kind of goes numb. You know, as bad as the wounds were-- and obviously, I know now how severe it was," he said. "At the time, I guess my body had been shutting down a lot of the real pain, and I was just thinking about, what was going on at the moment."