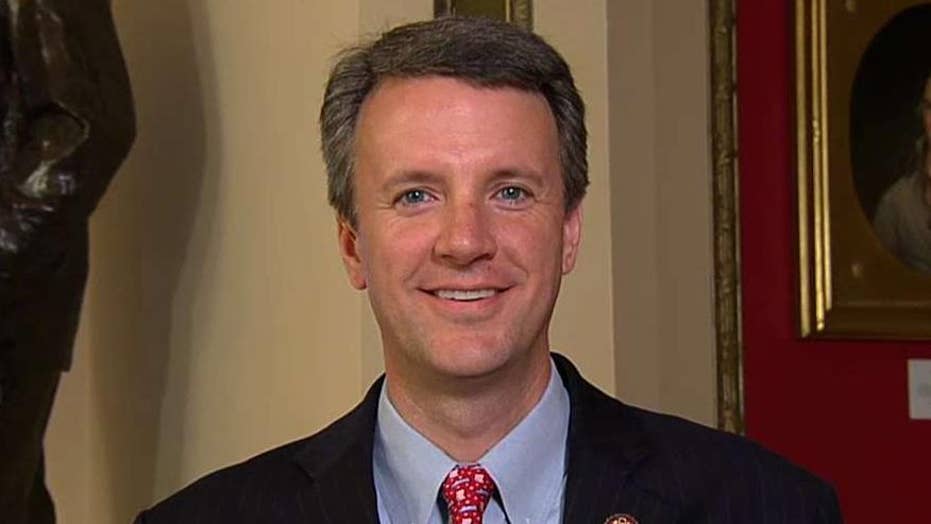 Rep. Ben Cline says those who were involved with Steele dossier and FISA warrants are 'running scared'

Attorney General William Barr is on the right track to investigate the origins on the Mueller probe, says Virginia Congressman Ben Cline, Republican member of the House Judiciary Committee.

House Judiciary Committee Member Ben Cline said Friday on "Outnumbered Overtime" that he thinks the figures involved with the infamous Trump dossier and the efforts to obtain a FISA warrant to surveil a member of the 2016 Trump campaign team are "running scared."

"I'm not sure, and I'm anxious to find out why. It sounds to me like those who were involved in the 'Steele dossier' and the FISA warrants are running scared," the Roanoke lawmaker said. "That's why you're seeing them come forward with a lot of public explanation about how they were [operating] by the book."

Cline said that Democrats are realizing that if Mueller testifies before Congress, Republicans have "just as many questions as their side."

DEVIN NUNES: FORMER FBI DIRECTOR JAMES COMEY IS 'IN A LOT OF TROUBLE'

He said that the GOP is eager to question Mueller about the origins of his investigation, how the FISA warrants were issued and "what evidence they had in addition to the Steele dossier."

Francis asked whether House Judiciary Committee Chairman Jerrold Nadler might be "afraid of what [the GOP] were all going to ask Bob Mueller about the FISA warrants."

"I do. You have to ask the chairman to confirm," Cline said.