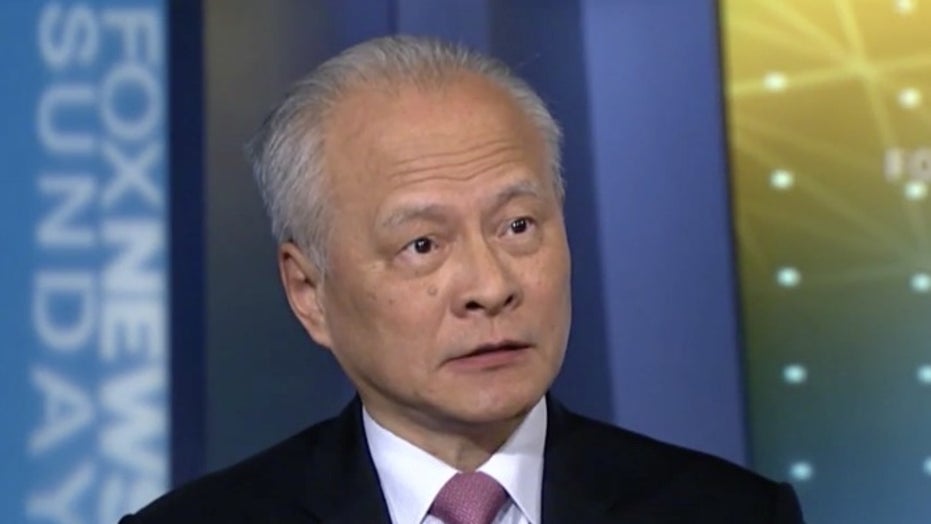 The State Department backed up China’s Ambassador to the U.S. Cui Tiankai for calling the Chinese Foreign Ministry’s coronavirus conspiracy that the U.S. Army was responsible for the virus’ outbreak in Wuhan a “crazy thing.”

“There are people who are saying that these virus are coming from some military lab, not of China, maybe in the United States,” Cui said in an interview with CBS’ “Face the Nation," adding: “How -- how can we believe all these crazy things?”

Cui called the idea “crazy” even before the spokesperson for the Chinese Ministry of Foreign Affairs, Zhao Lijian, began promoting the conspiracy.

But even after the idea that the U.S. military was responsible for the coronavirus outbreak in Wuhan was state-sponsored, Cui stood by his comments, calling such an idea “crazy.”

The Trump administration was outraged by the idea that the U.S. could be blamed for the global pandemic. President Trump, in retaliation, shifted gears and began calling COVID-19 the “Chinese Virus” to call to mind the virus’ origin. The State Department even called Cui in to take him to task.

When asked if Zhao speaks for the Chinese government, Cui responded: "I am the representative of China in the United States."

After Ortagus' statement, Zhao changed tune and said on Twitter the world "explicitly opposes linking #COVID19 with any specific country or region. It is not the time to blame one another with terms like 'Chinese Virus.'"

Zhao said it was the U.S. that started the argument over the origins of the virus. "Shouting 'Chinese virus' or 'Wuhan virus' will not help with their own or international efforts against #COVID19. U.S. should keep their own house in order, & contribute to global fight against the virus," Zhao added.