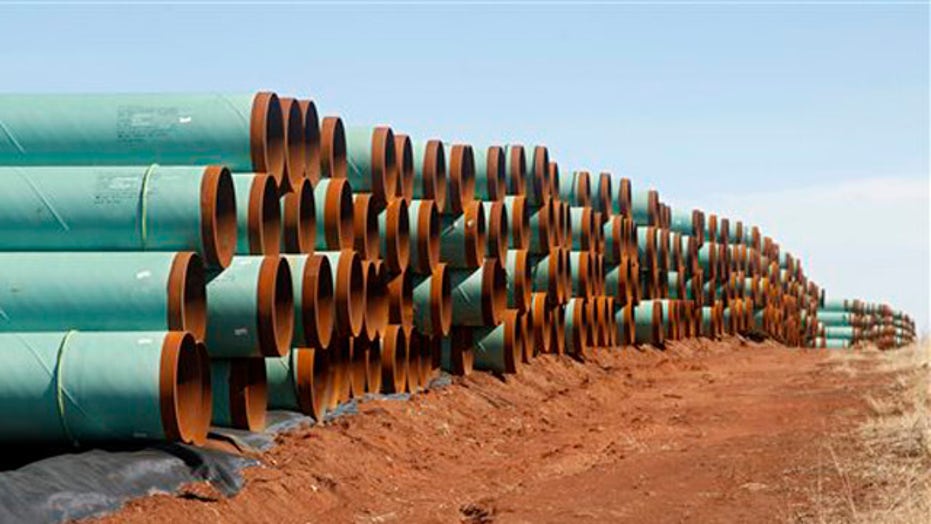 Thomas Basile and Jessica Tarlov on the White House's strategy

The State Department took a big step Friday toward making a final decision on the Keystone XL pipeline, setting a Feb. 2 deadline for federal agencies to give their views on the controversial project.

Fox News has learned eight agencies have been asked to provide their views. The State Department has been wading through a review process for months and in setting a deadline, signaled it was preparing to make a final decision.

That is important because the White House had said previously that it was waiting for the agency to conclude its probe before President Obama decides whether to support the project.

But the Feb. 2 date does not necessarily mean anything will be announced at that time.

The State Department is involved in the Keystone decision because the pipeline stretches through both the U.S. and Canada.

Last week, the House passed a bill authorizing construction on the pipeline, but the White House said Obama, citing the State Department's pending review, would veto the legislation were it to pass the Republican-controlled Senate. It's not clear if Republicans and a handful of Democrats have the required 67 votes to override a potential Obama veto.

The House vote came on the same day in which the Nebraska Supreme Court ruled that three landowners who sued failed to show they had legal standing to bring their case, a victory for pipeline backers.

Also on Friday, opponents of the pipeline in Nebraska filed two new lawsuits over the proposed route after the state's Supreme Court recently tossed a previous legal challenge.

Landowners in Holt and York counties filed the suits against pipeline developer TransCanada to stop the Canadian company from using eminent domain power to gain access to their land.

Their attorney, Dave Domina, says the lawsuits closely resemble the claim the court dismissed. But he says this time all of the landowners have legal standing to bring the case.

The lawsuits seek to overturn a law that allowed former Gov. Dave Heineman to approve the route.