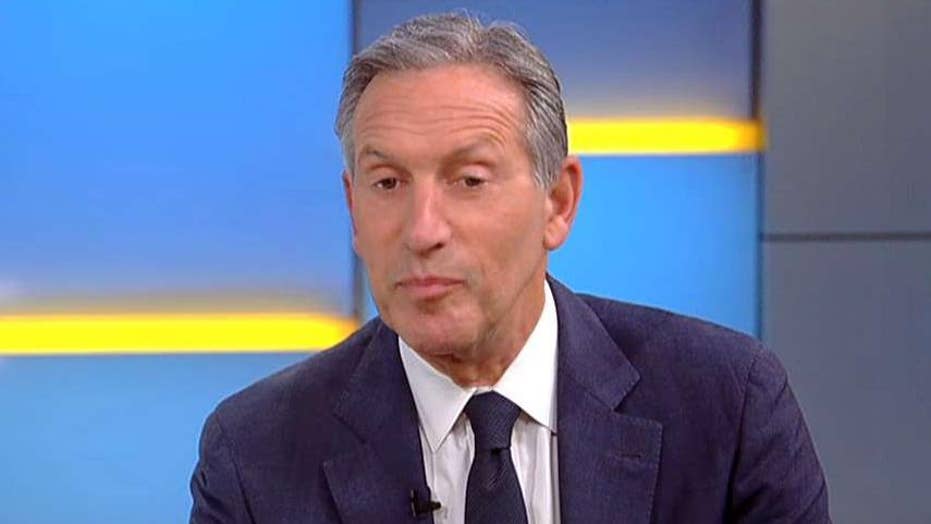 If Republican President Trump is at the top of the Democrats' political target list, billionaire Howard Schultz may soon be second.

Ever since the lifelong Democrat and former chairman and CEO of Starbucks announced on "60 Minutes" in late January that he was mulling an independent bid for the White House, the reaction from Democrats has been ice cold.

HOWARD SCHULTZ TARGETS 2020 DEMOCRATS AS TOO FAR TO LEFT

Democrats quickly united, fearing a Schultz candidacy would wound their efforts to oust Trump from the White House in the 2020 election.

Presidential candidate Sen. Elizabeth Warren of Massachusetts slammed Schultz as a billionaire who thinks he can “buy the presidency to keep the system rigged for themselves while opportunity slips away for everyone else.”

Fellow billionaire and former New York City Mayor Michael Bloomberg – who at the time was considering a bid for the Democratic presidential nomination – criticized a possible independent run by Schultz, saying it would “end up re-electing the president.”

'If he becomes a candidate, then we’ll treat him like a target.'

David Axelrod, the former top political adviser to President Barack Obama, tweeted that “If Schultz decides to run as an independent, @realDonaldTrump should give Starbucks their Trump Tower space rent free! It would be a gift.”

This was just a taste of what's to come if Schultz moves ahead with an independent bid for 2020.

“We think it’s very clear that Howard Schultz would throw the election to Donald Trump and so we’re treating him as a target of equal standing with Trump,” American Bridge communications director Andrew Bates told Fox News. 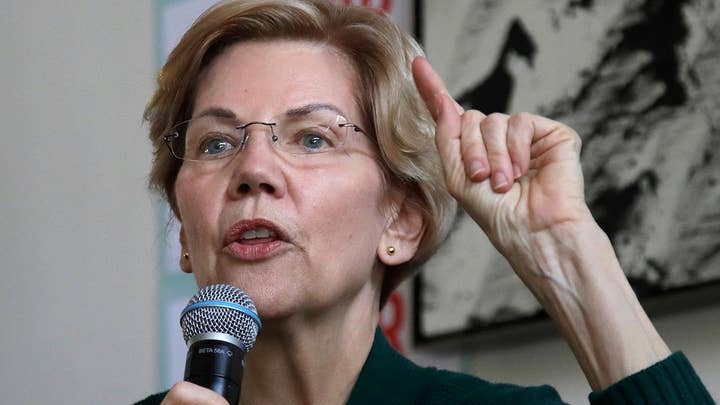 Bates said that his group’s arsenal would include opposition research, rapid response and possibly digital ads.

Also getting into the game is Priorities USA, which is the largest pro-Democratic super PAC.

“If he becomes a candidate, then we’ll treat him like a target,” Priorities USA communications director Josh Schwerin told Fox News.

“Anything is on the table,” he stressed.

“Really? The coffee guy wants to be president?” Maher tweeted. “Just because you had one profitable insight — people will overpay for coffee — doesn’t mean you can run the world.”

The anger hit Schultz head-on, as he was heckled on the streets of New York City by a protester yelling “Don’t help elect Trump, you egotistical billionaire a------.”

Some activists even threatened boycotts of Starbucks.

The Democrats’ rage is no surprise. It stems from painful political memories of lost presidential elections.

But Schultz argues that Democrats are the ones who could play the "spoiler" in 2020, if they keep drifting further left.

"If you want to talk about spoiler, if the Democrats decide in their wisdom to nominate a far-left person who is professing policies ... of a socialist — that will be a spoiler,” Schultz said last month in an interview on Fox News.

When Bloomberg decided against launching a campaign for the Democratic nomination, Schultz didn’t waste an opportunity to highlight that there’s no room anymore for a centrist in the Democratic Party.

“Mike Bloomberg governed from the center with big ideas, pragmatism and common sense. In an era of paralysis and dysfunction, he’s an exception,” Schultz tweeted as he pointed to Bloomberg’s tenure as New York City mayor. “I've long said there isn't room for centrist moderation in either party and it appears Mr. Bloomberg has come to the same conclusion.”