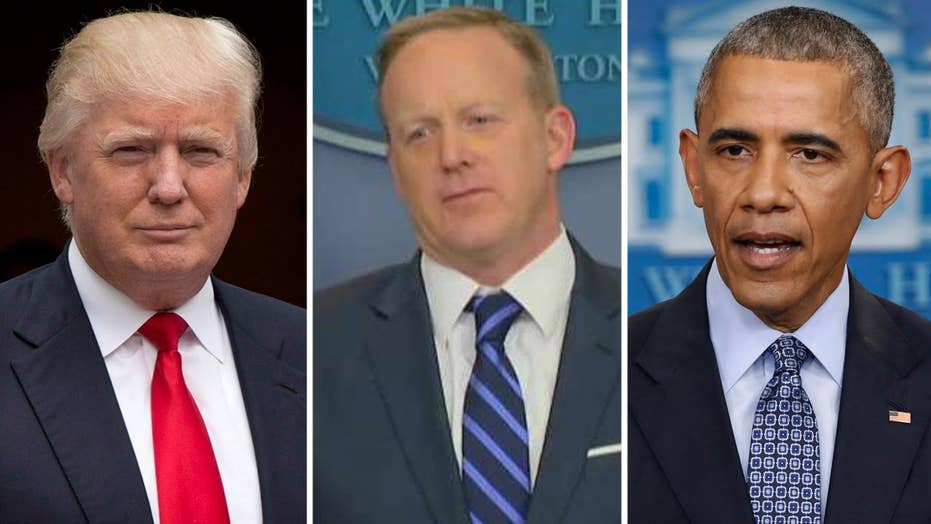 The White House on Tuesday tried to walk back an erroneous tweet President Trump made about the number of Guantanamo Bay detainees U.S. officials said had returned to terrorist activity after being released.

Trump tweeted that 122 former prisoners returned to fight against the U.S. but incorrectly blamed it on the Obama administration.

“122 vicious prisoners, released by the Obama Administration from Gitmo, have returned to the battlefield,” Trump tweeted. “Just another terrible decision!”

A closer look at the facts reveals that 93 percent of the 122 detainees were released before former President Barack Obama took office.

According to a September 2016 report from the Office of the Director of National Intelligence, 113 of the 122 prisoners were released under former President George W. Bush’s administration.

Trump’s morning tweet followed a segment on “Fox & Friends” about a former Gitmo detainee who was killed during a U.S. airstrike in Yemen last week. Mohammed Tahar had been transferred from the detention camp to Yemen during the Obama administration.

Unlike his predecessor, Trump has indicated that he favors keeping the controversial detention center open.

Last month, The New York Times reported that the White House was “nearing completion” on an executive order that would call on the Pentagon to send future ISIS detainees to the prison camp, despite warnings that such a move might undermine long-term efforts against the terror group.