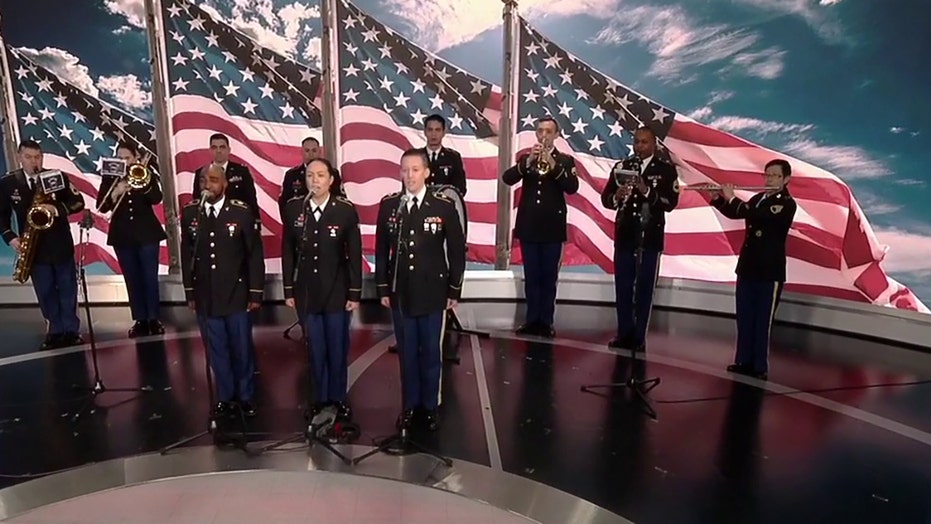 WASHINGTON – For the first time in 72 years, the official flag of a new U.S. military service will be unveiled on Friday.  Military leaders will present the flag of the newly created Space Force to President Trump in the Oval Office during a signing ceremony for the 2020 Armed Forces Day proclamation.

According to a senior administration official, the flag is derived from the Space Force's seal, which features a silver delta symbol surrounded by two constellations cast against the dark blue of outer space.

"The flag takes the key and central elements of the seal and places them on a black field fringed in platinum with the words 'United States Space Force' and Roman numerals MMXIX (2019) below," the administration official said.

The flag is derived from the Space Force seal, seen here.

It was produced by the Defense Logistics Agency's "Flag Room" in Philadelphia, the same entity that has made the president's personal flags.

Defense Secretary Mark Esper and the Space Force’s chief of space operations, Gen. John Raymond, will be presenting the flag to Trump, a senior administration official said. Other senior military leaders are also expected to be there.

The unveiling of the flag comes as the five-month-old Space Force is accepting applications for eligible active-duty personnel to transfer into the service, and the service just released a slick new recruiting video last week.

When President Trump directed the Defense Department to establish the sixth branch of the military in 2018, he said, "it is not enough to merely have an American presence in space, we must have American dominance in space."

Since then, the Trump administration has directed NASA to return American astronauts to the surface of the moon by 2024 under the Artemis program.

NASA is also two weeks away from attempting to launch American astronauts from U.S. soil for the first time since the retirement of the Space Shuttle fleet.  After nearly a decade of NASA astronauts hitching rides into space on Russian Soyuz rockets, astronauts Doug Hurley and Bob Behnken are poised to become the first to fly on a private company's spacecraft: SpaceX's Falcon 9 launch vehicle with the Crew Dragon spacecraft.

They are scheduled to launch May 27 from the Kennedy Space Center.