The South Bend, Indiana police union is accusing the city’s mayor and Democratic presidential candidate Pete Buttigieg of making decisions on an officer-involved fatal shooting “solely for his political gain.”

The charge from the South Bend Fraternal Order of Police Lodge #36 comes as Buttigieg – who’s soared from a long-shot to a top-tier contender for the Democratic nomination – is facing the first serious test of his presidential campaign.

The union spoke out on Monday night after Buttigieg supported a call for a special prosecutor to investigate the fatal shooting June 16 of a black man by a white police officer. Their move also comes after Buttigieg said he would contact the U.S. Department of Justice’s Civil Rights Division to request an independent investigation.

In a blistering statement on Monday night, the union claimed that “Mayor Buttigieg’s focus on this incident is solely for his political gain and not the health of the city he serves.” 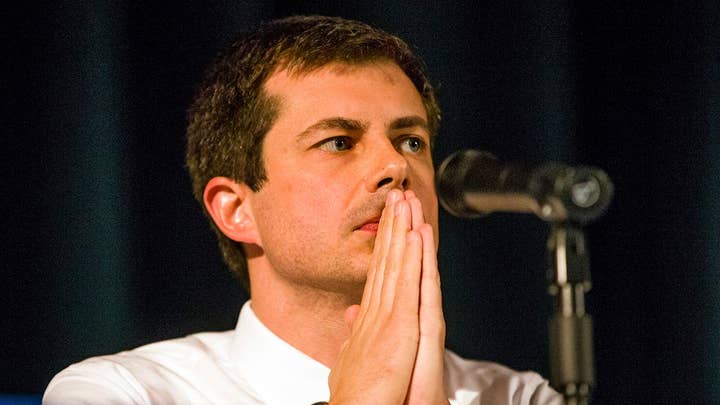 The union pointed specifically to what they described as “disparaging remarks” the mayor made in an email last week to supporters of his presidential campaign.

Buttigieg wrote that the shooting highlighted that “all police work and all of American life takes place in the shadow of racism, which hurts everyone and everything it touches. Historic racism, present-day racism, and generational racism – they all secrete a kind of poison into the bloodstream of this country.”

The 37-year-old mayor canceled a policy rollout and a fundraising trip to California a week ago, after the shooting death of 54-year old Eric Logan. He was shot by Sgt. Ryan O’Neill, a 19-year police department veteran. O’Neill was responding to reports of someone breaking into cars downtown when he encountered Logan, who authorities say was allegedly armed with a knife.

Buttigieg returned to the campaign last Thursday, to headline two fundraisers in Boston. On Friday he spoke in Miami to the National Association of Latino Elected Officials before flying back to South Bend that night to speak to people protesting the shooting. On Saturday, the mayor campaigned in South Carolina – a crucial early primary state – at the state Democratic Party’s annual convention.

Buttigieg returned to South Bend from the presidential campaign trail on Sunday night, to attend a town hall on the shooting as well as a separate shooting at a bar that left one person dead and 10 injured.

At the emotional meeting, he was pelted with criticism from angry residents – some of whom questioned whether the mayor had done enough during his tenure to reform the police department and reach out to the city’s minority communities. Buttigieg faced criticism during his first term as mayor over the firing of the city’s black police chief.

In defending his record, Buttigieg spotlighted “the institution of bias training, civil rights training, community policing efforts that have been going on for years, transparency online.”

He also touted “we’ve acted to have a more professional promotions process. And to raise the discipline standards which as you know have included officers being removed from the force for misconduct.”

But he acknowledged some failures, saying “the effort to recruit more minority officers to the police department, and the effort to introduce body cameras have not succeeded. And I accept responsibility for that.”

The Buttigieg campaign declined to comment on the South Bend police union statement, instead referring Fox News to an earlier statement saying: "Communities and police departments across the nation are in crisis. We must bring about swift and deep change, refusing to rest until we live in a world where an American’s response to seeing or hearing a police car is no different whether they are Black or white: a feeling of safety, not fear. Safety and justice are inseparable."