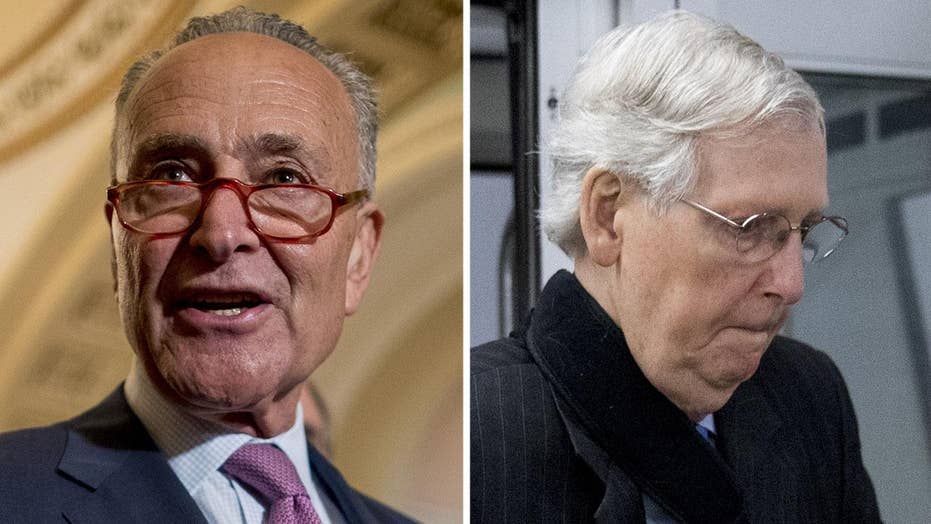 The whistleblower who sparked a mounting controversy over President Trump’s July phone call with Ukraine’s president did not have “firsthand knowledge” of the conversation, a person familiar with the situation told Fox News -- even as the issue fuels impeachment calls from Democrats.

The source said that it is made clear in the complaint itself that the whistleblower did not have direct knowledge of the July phone call between Trump and Ukrainian President Volodymyr Zelensky.

Fox News has learned that typically, multiple U.S. officials are on such calls with the president, but this would indicate the whistleblower is not one of those people. It's unclear if the individual read a transcript of the call, heard about it in conversation, or learned of it another way.

The new details, though, have fed into skepticism about the allegations from Trump’s allies in Congress, with some likening it to how Democrats rushed to call for Supreme Court Justice Brett Kavanaugh’s impeachment last week. Some Democrats backed off after The New York Times had to amend an explosive story on new college-era allegations of sexual misconduct against Kavanaugh to make clear that the alleged victim did not have any recollection of the alleged episode. 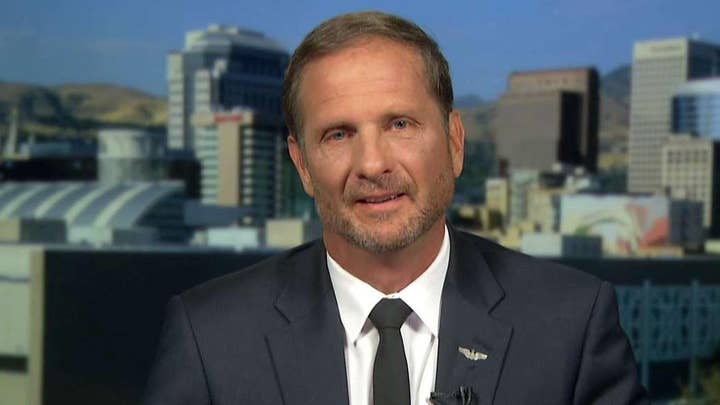 On Fox News’ “Outnumbered Overtime,” GOP Rep. Chris Stewart of Utah likened the two situations and called for restraint regarding the whistleblower complaint. “I think it’s fair to just take a breath, and say let's just find out the facts and see what happens,” he said.

CNN first reported on questions about the whistleblower's direct knowledge of communications with Ukraine's leader.

In spite of those questions, the complaint has resulted in a showdown with Congress, after acting Director of National Intelligence Joseph Maguire refused to share details of it with lawmakers. Democrats are pressing for the release of documents related to the complaint. Biden on Monday tweeted, "release the transcript of the call."

“I write to urge that you and the Senate Republican majority take immediate action to stop President Trump from withholding an intelligence community whistleblower complaint that by law must be transmitted to Congress, and to begin an investigation into the administration’s handling of security assistance to Ukraine,” Senate Democratic leader Chuck Schumer wrote in a letter to Majority Leader Mitch McConnell on Monday.

House Speaker Nancy Pelosi, who has resisted calls for impeachment inspired by other alleged Trump transgressions, said Sunday that unless Maguire provides information about the whistleblower complaint to Congress, administration officials "will be entering a grave new chapter of lawlessness, which will take us into a whole new stage of investigation."

But in a letter last week, the general counsel for the Office of the Director of National Intelligence ODNI), Jason Klitenic, wrote that the agency is protecting the whistleblower and argued the allegation does not meet the definition of "urgent concern." He said the complaint "concerned conduct from someone outside the intelligence community and did not relate to `intelligence activity' under the DNI's supervision."

The inspector general for the intelligence community has clashed with the ODNI on the matter, however, and has advocated for the complaint's release to Congress.

Meanwhile, Republicans are trying to return focus to Biden. Trump allies have claimed Biden’s son, Hunter, improperly benefited from business dealings in Ukraine with energy company Burisma Holdings as a member of its board and questioned whether his father, the onetime vice president, helped protect him by seeking the ouster of prosecutor Viktor Shokin, who was looking into the company's owner.

Trump, in a Sunday night tweet, said the Ukrainian government backed him up by saying he did not pressure them during the phone call. In the same tweet, he said the “real story” was Biden pressuring Ukraine into firing Shokin.

Hunter Biden was hired by Burisma in April 2014, two months after Ukraine's Russia-friendly president was ousted by protesters and as his father was heavily involved in U.S. efforts to support the new pro-Western government and its pledge to fight corruption. The hiring of the younger Biden immediately raised concerns that the Ukrainian firm, whose owner was a political ally of the ousted president, was seeking to gain influence with the Obama administration.

Two years later, Biden, as vice president, threatened to withhold $1 billion in loan guarantees from Ukraine unless Shokin was fired. Shokin was accused by many in Ukraine and in the West of being soft on corruption, but he also had been leading an investigation into Burisma's owner.

Fox News reported on the Biden controversy in April. The New York Times published a lengthy story on the matter in May. But the controversy flew largely under the radar until now. While the heat is on Trump over whether he pressured Ukraine to investigate the Bidens, that firestorm has prompted multiple news outlets to revisit the original Biden controversy in order to provide context.