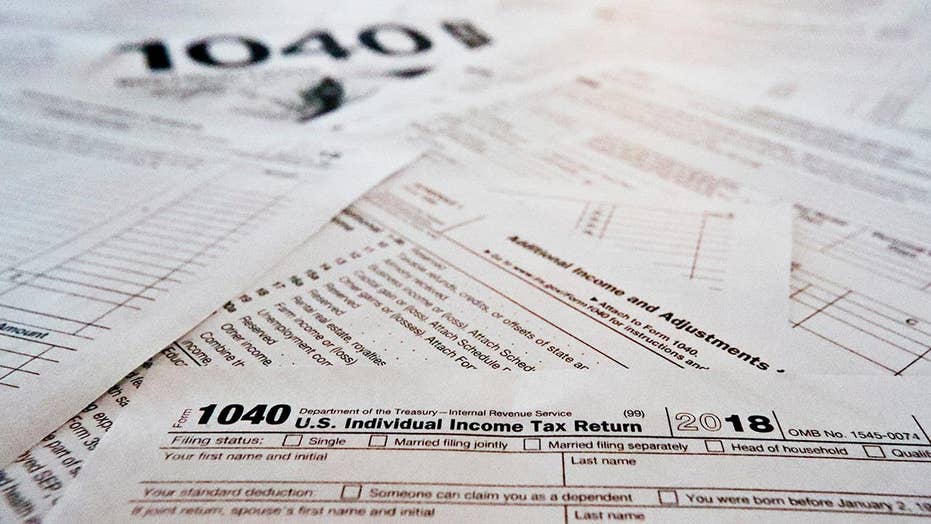 Some folks claim the new Trump tax code has them paying more to the IRS.

Hey, Uncle Sam, what happened to my refund?

Under the new tax overhaul signed into law by President Trump, many taxpayers accustomed to getting a hefty check from the government instead find themselves owing money this year. The uncertainty of not knowing whether the tax man will give or take only adds stress to an already stressful time. “I don’t know what kind of refund I’m going to get this year with the new tax law though, but we’ll see,” one man told us.

Believe it or not, that money may have already ended up in your bank account, in tiny installments. Experts say withholdings from paychecks were smaller than in previous years because of updated withholding tables implemented under the new tax law. “You kept more in your pocket during the year. The problem is that $1,000 spread out over 26 pay periods doesn’t seem as valuable as a $1,000 lump sum refund, so people didn’t really feel the ‘savings,’” said Lydia Desnoyers, founder and owner of Desnoyers CPA, a tax and accounting practice based in Miami.

Taxpayers can’t plead ignorant on the changes to withholdings. They were warned. “I definitely sent information to my clients and the public letting them know about the changes and how they may be impacted,” Desnoyers said.

But new withholding guidelines are not the only reason some people got stuck with a tax bill instead of a refund. The new code places limits on state and local deductions. That means people in states with higher tax burdens risk taking a serious hit. “It's a big tax increase we got as a result of that.  Yeah they cut the rates but if you lose your deductions on there you're taking it in the shorts,” one Wisconsin taxpayer told us.

Instead of blaming the tax man, some are blaming the man in the White House for their tax troubles. “Thank you, Trump,” one taxpayer sarcastically said while lamenting about the money he owes this year. Others blame the system, not the President. “You can’t please everybody and for certain places we need more money. For others we need less,” a woman who says she pays more than her fair share told us.

Some taxpayers still got a refund, but much a smaller one. The I.R.S. says refunds are about 17 percent lower this year, but the Treasury Department notes in a Tweet that “refunds are consistent with 2017 levels and down slightly from 2018.”

There’s a lesson to be learned in these taxing times to avoid owing Uncle Sam in the future. “You can minimize the shock at tax time by adjusting your withholdings if you are a W2 employee, make estimated payments during the year if you have other sources of income. You can also up your retirement contributions,” Desnoyers said, also noting that while you may have come out on the losing end of the new tax laws, a clear winner emerged from all of the changes: “Corporations!”

One thing that hasn’t changed this year is the filing deadline.  It’s still April 15th, so if your W-2 is collecting dust, don’t worry.  You still have plenty of time before the ides of April arrives.