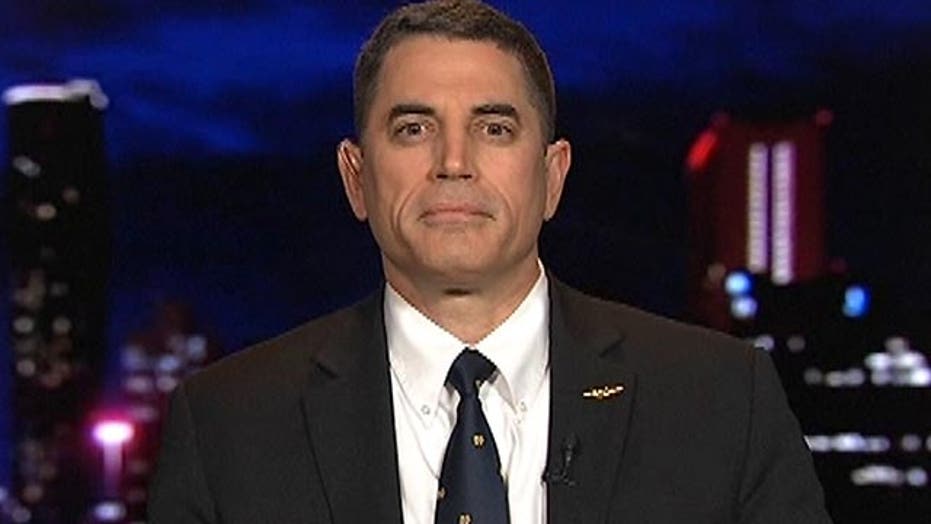 Andrew Clyde, a Navy veteran who served in Iraq, started his small firearms store in Athens, Ga., in the 1990s.

Over the years, he watched his business grow.

And then, on April 12, 2013, two IRS agents swooped in and seized nearly a million dollars from his company's bank account.

The soft-spoken small businessman joined others in recalling their ordeals before a House hearing on Wednesday, where IRS Commissioner John Koskinen also testified.

Koskinen, who apologized to those snared by the IRS practice, assured that the agency stopped seizing assets without clear wrongdoing in October.

But the law that allowed Clyde and others to be targeted is still on the books.

“I did not serve three combat tours in Iraq only to come home and be extorted” by the government, Clyde testified Wednesday. He urged Congress to change the law.

The law in question falls under the Bank Secrecy Act. Under the law, financial companies must report cash deposits more than $10,000. But since terrorists and other criminals know this rule, banks also must report patterns of deposits slightly below the $10,000 threshold.

Clyde was accused of what's known as "structuring" -- that is, making deposits deliberately calculated to skirt reporting requirements -- because he made frequent deposits just under $10,000.

But Clyde says he only did that because of his insurance policy.

While most transactions at Clyde Armory are not in cash, the Sandy Hook school shooting in Newtown, Conn., and the potential for new firearms laws, drove sales. Clyde's business made millions of dollars, about 15 percent of it in cash transactions. Clyde's business manager made daily deposits, and based on the dollar value of his insurance policy -- capped at $10,000 -- the company policy was to not ever hold more than $10,000 cash.

He pleaded Wednesday for Congress to change the law so that no one else would be hurt like he has.

Clyde wasn’t the only one. Maryland creamery owner Randy Sowers and Jeff Hirsch, a tobacco and candy distributor in New York, also run legitimate businesses. Yet the IRS seized their assets anyway, creating massive legal bills and hurting their businesses.

Hirsch and Sowers lost at least $60,000 each when the IRS seized their assets for making suspicious-looking deposits. They also suffered embarrassment.

In a recent statement, Koskinen defended current IRS practices. "The IRS pursue seizures only when there is probable cause that the money is subject to forfeiture -- and only after seizure affidavits have been reviewed by a federal prosecutor and authorized by a federal judge," he said

The Institute for Justice, a Washington-based public interest law firm, is demanding reform. The institute found that in one-third of the IRS cases it examined, there was no claim of any criminal activity -- just the allegation of “structuring.” It took an average of one year to get the money back, and only half of it was returned, according to the study. The firm's analysis showed the median amount seized was $34,000.

House oversight subcommittee members showed sympathy to the panelists on Wednesday and appeared to voice bipartisan support for reworking the law.