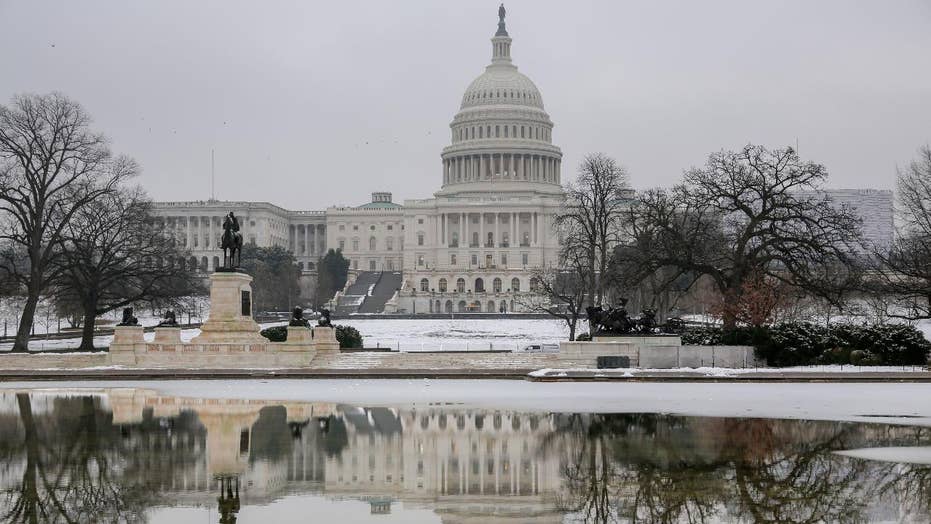 Cracks emerge on both sides of the shutdown fight

Furloughed federal workers are bracing to miss their second paycheck and employee unions are warning of increasingly dire consequences since the partial government shutdown began last month, as officials signal the stalemate in Washington has no end in sight.

The government partially shut down in December after Congress failed to pass a spending package funding parts of the government, forcing some federal workers to be furloughed or work without pay. President Trump is demanding $5.7 billion for a barrier on the southern border with Mexico as part of a spending deal, something Democratic leaders are rejecting outright.

Those whose jobs are affected by the shutdown are now speaking out more forcefully about the impact on their own lives but also safety issues for the broader public.

“This is already the longest government shutdown in the history of the United States and there is no end in sight,” said a joint statement released Wednesday by leaders of three associations representing air traffic controllers, airline pilots and flight attendants.

It continued: “In our risk averse industry, we cannot even calculate the level of risk currently at play, nor predict the point at which the entire system will break. It is unprecedented.”

The FBI Agents Association, which advocates for 14,000 active and former FBI Special agents, also released a report earlier this week of grievances from FBI employees, including one who said the shutdown “has eliminated any ability to operate.”

“It’s bad enough to work without pay, but we can only conduct administrative functions while doing it. The fear is our enemies know they can run freely,” said an anonymous agent, described as someone working on both overt and undercover counterintelligence matters.

On Friday, affected federal workers are set to miss their second paycheck since the partial government shutdown began. Every former secretary of the Department of Homeland Security, including former White House chief of staff John Kelly, sent a letter to the president and Congress on Thursday asking them restore the department’s funding.

“DHS employees who protect the traveling public, investigate and counter terrorism, and protect critical infrastructure should not have to rely on the charitable generosity of others for assistance in feeding their families and paying their bills while they steadfastly focus on the mission at hand,” the letter said. “This is unconscionable.” 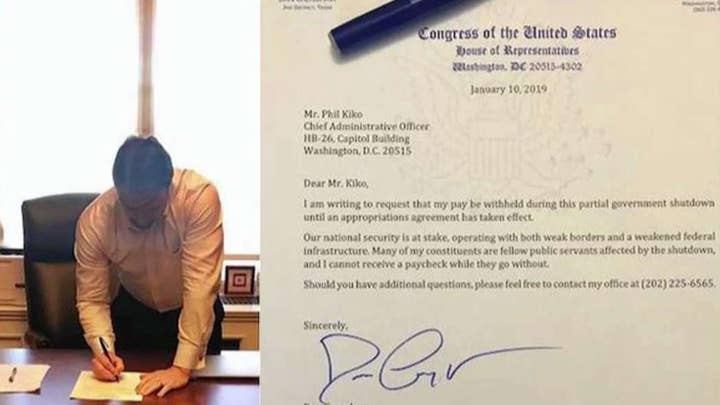 A sign that officials are preparing for the possibility of the shutdown continuing for months: White House acting chief of staff Mick Mulvaney is asking agencies to provide him a list of programs that will be jeopardized if the lapse in funding continues through the spring.

"Prudent management means planning and preparing for events without known end-dates,” a senior Office and Management Budget official told Fox News. “As OMB continues to manage this partial lapse in appropriations, unfunded agencies are being asked to continue to share with OMB an ongoing list of programs that could be impacted within the coming weeks."

In Congress, two different votes are set for Thursday in the Republican-controlled Senate with the aim to end the partial government shutdown. One vote will be on a bill reflecting Trump's demand for border wall funding in exchange for temporary protections for some immigrants.

A second vote is set for a measure already passed by the Democrat-controlled House to reopen the government through Feb. 8. It doesn't allow money for a border wall but gives bargainers more time to talk.

Neither bill is expected to advance under Senate rules requiring at least 60 votes, leaving unclear whether this would spur revived talks regarding a resolution.

The Senate votes come as Trump announced late Wednesday that he will postpone his State of the Union address until after the partial government shutdown ends.

But he reiterated Thursday on Twitter that he will not "cave" on border wall demands.

While Democratic leaders in Congress say they have no interest in making a deal with Trump to end the government shutdown if it includes new money for his border wall, some cracks have begun to show. A White House official said Thursday that Vice President Mike Pence is heading to Capitol Hill on Thursday to meet with Senate GOP lawmakers.

The House Blue Dog coalition, the group of moderate Democrats, has written to leadership asking Congress to hold a “bipartisan, bicameral summit that brings together House and Senate leaders to hold a substantive, transparent discussion on a path forward to reopen the government.”

“That discussion should be designed to produce legislation that will quickly pass both chambers of Congress,” the group said.

And some House Democrats are considering drafting a new proposal to provide Trump with options for securing the border that don't involve a wall between the U.S. and Mexico. Democratic Rep. Hakeem Jeffries of New York said Wednesday that personnel, technology and other options "are the things that would actually improve our border security."