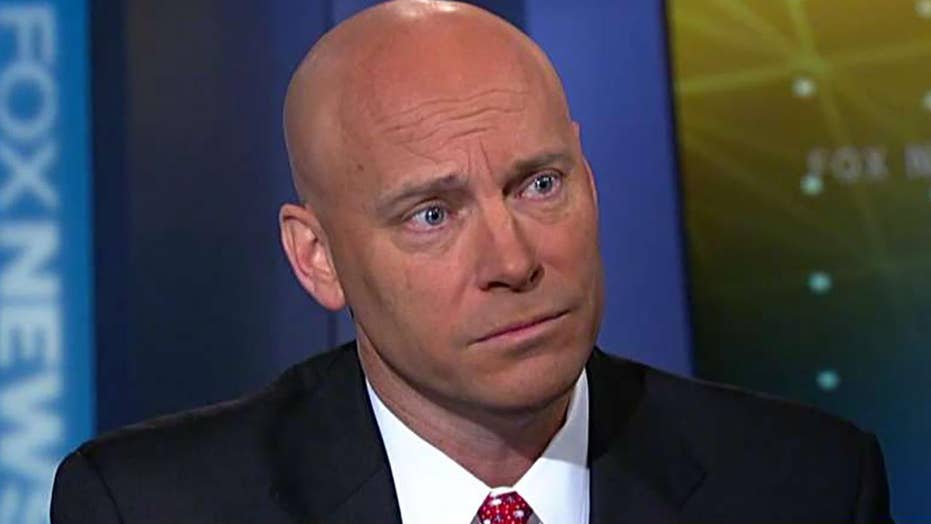 White House director of legislative affairs breaks down the president's priorities in 2018 on 'Fox News Sunday.'

Top White House aide Marc Short signaled Sunday that improving U.S. infrastructure is indeed a 2018 priority for President Trump and that he’ll meet in the coming days with top GOP congressional leaders about next year’s overall legislative agenda. But Short also suggested the president might be flexible on mandatory border-wall funding in upcoming legislative bargains.

He also said Trump has already invited Senate Majority Leader Mitch McConnell, R-Ky., and House Speaker Paul Ryan, R-Wis., to the Camp David presidential retreat on the first weekend in January “to make sure we’re all on the same page about where our priorities are for 2018.”

Trump has in his first year attempted to strike deals with congressional leaders, including Democrats, to fund his proposed U.S.-Mexico border wall in exchange for other priorities, like continued protections for young illegal immigrants.

Short on Sunday made clear that Trump still intends to fulfill his campaign promise to build a border wall, as part of an overall national security plan, but suggested the president won’t insist on wall funding at the expense of large U.S. interests, with Congress needing to pass another temporary spending bill in about three weeks to avoid a government shutdown.

“It’s absolutely something the president has promised,” he said. “It’s not that it’s non-negotiable; It’s what American needs. It’s in our national security interest to prevent drug cartels, to prevent MS 13 and secure our border.”

Trump also vowed during his winning presidential campaign to improve the country’s roads, bridges, ports and other infrastructure.

He was expected to try to help pass a roughly $1 trillion infrastructure bill at the start of his presidency, considering he appeared to have enough bipartisan support to notch an early legislative win.

"Infrastructure is by far the easiest,” the president said Friday, after signing into law Washington Republicans’ major tax reform bill. “People want it -- Republicans and Democrats. We're going to have tremendous Democrat support on infrastructure as you know. I could've started with infrastructure -- I actually wanted to save the easy one for the one down the road. So we'll be having that done pretty quickly.”