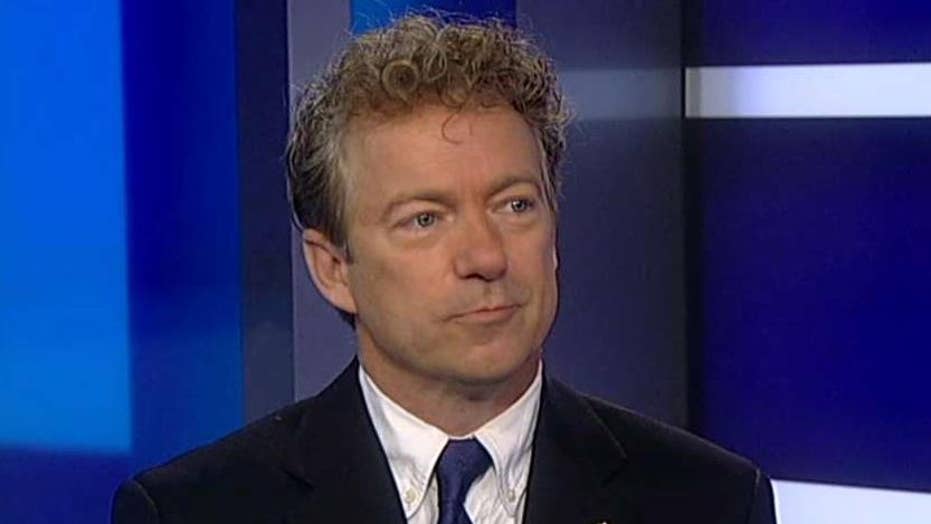 Could Rand Paul accidentally save ObamaCare?

Congressional Republicans’ years-long mission to dismantle ObamaCare is becoming more of an uphill battle, amid a growing concern among some GOP senators about voting to repeal the health care law without a replacement.

The most recent is Kentucky Sen. Rand Paul, who late Friday tweeted that incoming President Donald Trump, a fellow Republican, agrees with his approach to simultaneously repeal and replace the 2010 law.

"I just spoke to @realDonaldTrump and he fully supports my plan to replace Obamacare the same day we repeal it," Paul tweeted. "The time to act is now."

Corker said Republicans might find themselves in a "box canyon" if they just incrementally replace parts of the law.

He worries about congressional Republicans having to take an unpopular vote to increase taxes if, for example, they repeal the part of ObgamaCare that increased taxes on higher wage-earners but temporarily continue subsidies in the law that help lower-income Americans buy coverage.

Johnson said: “I would start bringing up those elements that start repairing the damage and I would start taking votes on those right now.”

However, under-enrollment, particularly among young and healthy participants, along with doctors and insurance companies dropping out, has resulted in rising premium costs.

Trump and other Washington Republicans have campaigned almost endlessly on the promise to dismantle ObamaCare. But ending it without an alternative for the roughly 20 million now enrolled could result in a political train wreck.

Senate Republicans on Tuesday, the first day of the 115th Congress, took the first legislative steps to repeal the law.

However, they made clear in the time between Trump’s November win and their return that a full replacement might take years, considering they had no alternative plan. The situation puts them under tremendous pressure to fulfill "Day One" promises to voters to end ObamaCare.

The Trump transition team did not respond Saturday to a request from FoxNews.com to verify Paul’s claim about Trump’s support.

Sen. Tom Cotton, R-Ark., also called this week for a simultaneous effort to erase the health care law and rewrite it.

"I don't think we can just repeal Obamacare and say we're going to get an answer two years from now," he said Thursday on MSNBC.

"We haven't coalesced around a solution for six years, in part because it is so complicated,” he also said. “Kicking the can down the road for a year or two years isn't going to make it any easier to solve."

With Trump as president and fellow Republicans controlling Congress, the GOP indeed finally has an opportunity to repeal the law.

But nothing about revamping the nation's $3 trillion-a-year health care system will come easy, with congressional Democrats vowing the stop Republicans at essentially every step.

Republicans now hold a 52-48 edge in the Senate. That means a need for at least eight Democratic votes, though there will be pressure on 10 Democrats facing re-election next year from states Trump won in November.