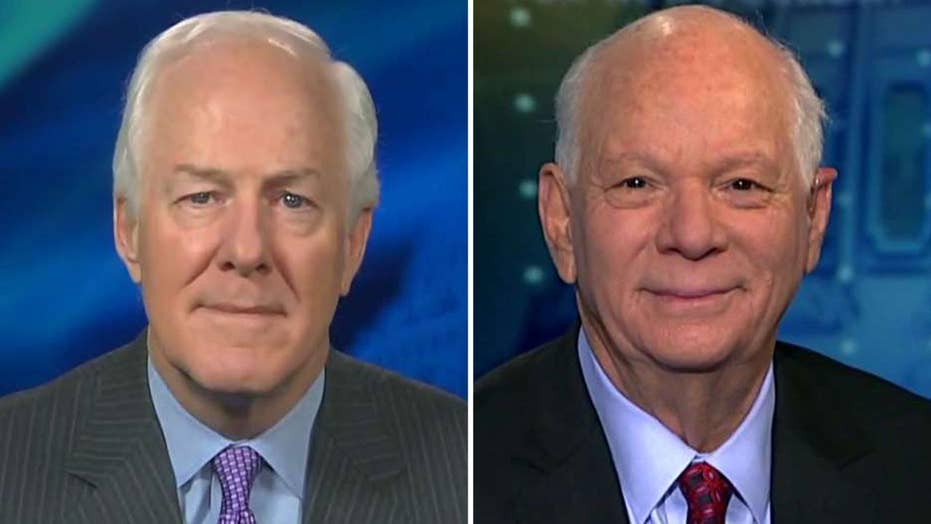 A top Senate Democrat and Republican differed Sunday on President Trump having used executive powers to attack a Syrian airbase but agreed that Congress must be included in further actions.

Texas Sen. John Cornyn, the Senate’s No. 2 Republican and a member of the chamber’s Intelligence committee, told “Fox News Sunday” that Trump needs to come to Congress before committing troops.

“It is required,” he said. “It also makes good sense before we commit our military and our men and women in uniform to any sort of conflict. They deserve the support of Congress on a bipartisan basis as well as the support of the American people.”

However, he said the administration wants an international “political solution” to the 6-year-long civil war to remove Assad that includes Assad allies Iran and Russia.

Trump sent a letter Saturday to Congress that explained why he acted, the details of the attack, that he asserted his constitutional authority to act and affirmed his efforts to “keep Congress informed.”

Maryland Sen. Ben Cardin, the top Democrat on the Senate Foreign Relations Committee, told Fox News on Sunday that no congressional authority exists for going against Assad, so there is no authority to use force.

“The president has some inherent [constitutional] power,” Cardin said. “But as he consulted with us by notice on this attack, it's incumbent upon him to consult with Congress. And if there is going to be use of force in a continuing basis, he needs the authorization of Congress.”