Republican Kentucky senator Rand Paul tests positive for COVID-19 and will remain in quarantine, according to his official Twitter account.

The fate of a third coronavirus response bill -- a massive amalgam of stimulus checks and other economic aid -- has been only further clouded by the fact that five Republican senators remain stuck in quarantine.

The package was blocked by Senate Democrats late Sunday, leading to fiery condemnations from GOP colleagues. But the math is made even harder for majority Republicans as more and more of their members are forced to the sidelines, unable to vote.

Senate Majority Leader Mitch McConnell, R-Ky., who has been pushing the legislation in its current form, warned of the new obstacle at hand.

“Coronavirus has now arrived here in the Senate,” McConnell said Sunday evening from the Senate floor. “There are at least five senators in self-quarantine.”

On Sunday, Sen. Rand Paul, R-Ky., tested positive for COVID-19, after having spent much of the weekend on Capitol Hill engaged in working lunches and meetings over the stimulus package.

Paul, who became the first member of the Senate known to be infected with coronavirus, has been in quarantine in Kentucky and continuing to work, while staffers in his Washington D.C. office have been working remotely for the past 10 days.

But his diagnosis sent several other top GOP senators into self-quarantine.

Sen. Mitt Romney, R-Utah, said that his physician had instructed him to “immediately self-quarantine and not to vote on the Senate floor," after recently having lunch with Paul.

Sen. Mitt Romney, R-Utah, pauses to speak to media as he arrives for a briefing on Capitol Hill in Washington, Thursday, March, 12, 2020, on the coronavirus outbreak. (AP Photo/Carolyn Kaster)

Sen. Mike Lee, R-Utah, also revealed he would self-quarantine late Sunday, after apparently interacting with Paul, but emphasized he would work as much as possible remotely.

Meanwhile, Sen. Cory Gardner, R-Colo., is also in self-quarantine, which he announced March 17, after having contact with a constituent who later tested positive. 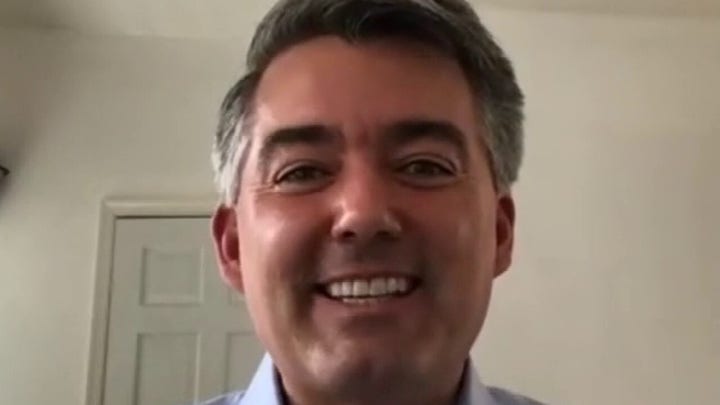 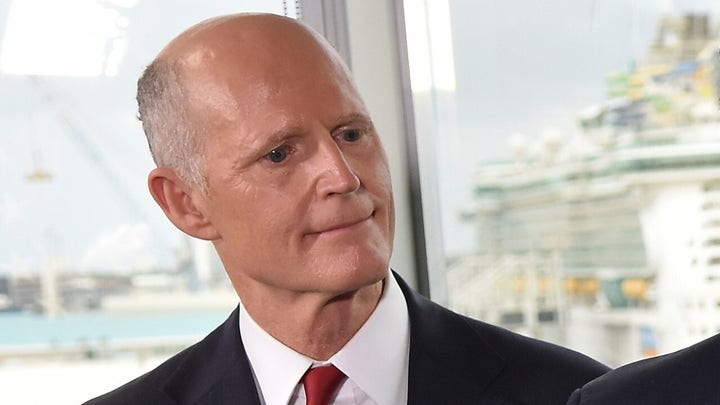 Amid calls from some corners for the Senate to allow remote voting, it remains unclear whether other members could soon be forced to sit out votes.

Sen. Marco Rubio, R-Fla., was pictured eating with Paul on Friday, two days before Paul announced he had tested positive. But Rubio shared the duration and nature of his interactions with Paul with the Office of Attending Physician, and is not making any changes.

“It was determined they were low-risk interactions that do not require self-quarantine,” a Rubio spokesperson told Fox News.

And a spokesman for Sen. Jerry Moran, R-Kan., said Moran briefly saw Paul at the Senate gym Sunday morning and that he shared that information with GOP colleagues at a policy meeting.

Moran "followed CDC guidelines and kept a safe distance between him and Sen. Paul,'' spokesman Tom Brandt said. “Moran has spoken with the attending physician at the Capitol and has been told he does not need to self-quarantine.”

Paul’s diagnosis not only has key members quarantined but also has members and their staff livid over Senate GOP arrangements for meetings. Senate Republicans continued to meet, en masse, and in person on the Hill for days as the coronavirus crisis worsened, Fox News has learned.

For days, Senate Republicans met in large numbers in the Mike Mansfield Room in the Capitol, the Kennedy Caucus Room and the Central Hearing Facility in the Hart Senate Office Building. While Americans, and most Senate Democrats, were social distancing, Republicans continued to attend meetings in the same rooms on a daily basis.

PELOSI, RETURNING FROM RECESS, ANNOUNCES HOUSE DEMOCRATS WILL HAVE THEIR OWN CORONAVIRUS RESPONSE BILL

“We need to talk with the Attending Physician,” one senior GOP source, referring o Dr. Brian Monahan, the attending physician for the Capitol, told Fox News. “And, Rand Paul.”

Senate Democrats, however, took precautions and conducted most of their meetings via conference call. At this point, there are no Democratic senators who have tested positive for coronavirus, or who are self-quarantined.

The attempt to advance the legislation Sunday stalled in a 47-47 vote. Sixty votes were needed to pass.

Fox News was told last week that the crunch to finish all of the coronavirus legislation was a race against the clock.

“We need to finish everything before everyone up here gets sick,” one source told Fox News last week.

But as the virus has made its way to the Senate, calls for remote voting have intensified.

“The responsibility of the Senate is to remain operational. You are not protecting an institution by rendering it unable to function,” Sen. Brian Schatz, D-Hawaii, tweeted after learning of Paul’s diagnosis. “Remote voting must be instituted immediately, so that the federal legislature can do its job, not just today, but for the duration of this crisis."

“Congress needs remote voting. Period. Full stop,” Stefanik tweeted. “We must effectively modernize & govern during this time of unprecedented global health crisis. This can and should be temporary “We have 21st century technology and we need to use it to protect our communities now.”

Meanwhile, on Monday, negotiations on the third phase of the stimulus are expected to continue, with Treasury Secretary Steven Mnuchin slated to meet with Senate Democratic Leader Chuck Schumer.

The Senate failed to move forward with the legislation on Sunday, as Democrats opposed the plan, partly because top senators Paul, Romney, Scott, Lee and Gardner were self-quarantined and McConnell was unable to garner crucial support from Democrats.

McConnell is hoping to try again Monday to advance the legislation.

But on the other side of the Capitol, House Speaker Nancy Pelosi, D-Calif., said House Democrats would be “introducing our own bill” to address the economic crisis amid the coronavirus outbreak, frustrating many GOP senators who worked throughout the week to craft the emergency legislation.

"It's on the Senate side now because that's their deadline for a vote, but we'll be introducing our own bill and hopefully it'll be compatible with what they discussed on the Senate," Pelosi said.