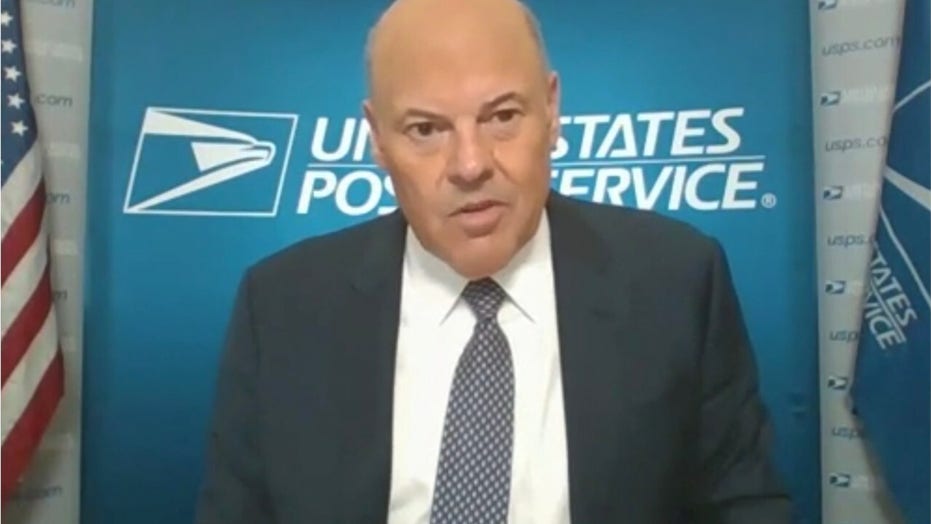 Postmaster General&nbsp;Louis DeJoy testified on Friday in a Senate hearing to reassure Americans that mail-in ballots will make it on time.

Senate Democrats hammered the U.S. postmaster general Friday over mail-in balloting concerns in a contentious hearing that included one lawmaker's profane outburst over a glitch in his remote video connection.

Meanwhile, Postmaster General Louis DeJoy aimed to reassure Democrats and Americans who are concerned that the U.S. Postal Service (USPS) may not be able to deliver their mail-in ballots on time for the Nov. 3 election amid swirling controversy over the security of mail-in voting and changes that DeJoy has made in his short tenure as postmaster general.

WORKING AT THE USPS: EVERYTHING YOU NEED TO KNOW

"As we head into this election season, I want to assure this committee and the American public that the Postal Service is fully capable and committed to delivering the nation's election mail securely and on time. This sacred duty is my No. 1 priority between now and election day," DeJoy said.

He added: "The women and men of the Postal Service have demonstrated extraordinary commitment for our mission throughout the COVID-19 pandemic. In every community in America we continue to work to keep our employees and customers safe as we fulfill our essential role depending medications, benefit checks and financial statements the public depends upon." 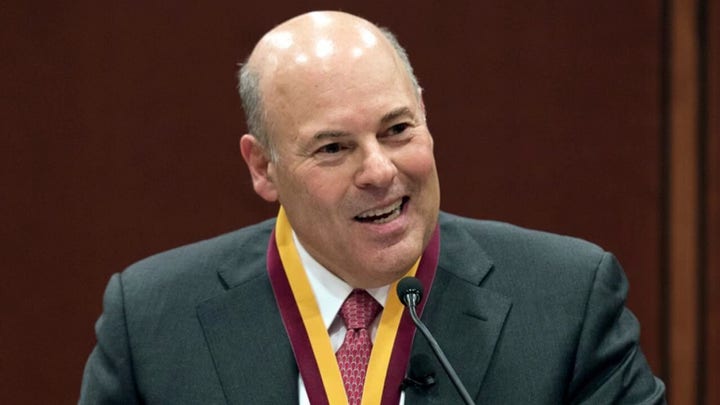 MANCHIN CALLS FOR POSTMASTER GENERAL TO BE SENATE-CONFIRMED POST, SAYS USPS 'LIFELINE' FOR RURAL US

DeJoy entered his current post in June and quickly began making what were framed as money-saving changes to the constantly-in-the-red post office. But critics, mainly Democrats, have said that those changes have slowed mail service and said they could undermine USPS' ability to deliver ballots this fall -- especially after USPS sent letters to most states warning that the Post Office might not be able to deliver mail-in ballots on time under their mail-in voting rules. There is expected to be an uptick in mail-in ballots this fall as states encourage such voting to limit citizens' risk of contracting the coronavirus.

Sen. Gary Peters, D-Mich., the ranking member on the Senate Homeland Security and Governmental Affairs Committee, tore into DeJoy during his opening remarks at the hearing Friday.

"Whether folks are receiving important medications, financial documents, critical home supplies, or simply trying to stay in touch with their loved ones, the Postal Service has always delivered," Peters said Friday. "But Mr. DeJoy you have not."

Postmaster General Louis DeJoy testifies in a Senate hearing Friday amid controversy over whether USPS will be able to deliver mail-in ballots on time for the Nov. 3 election. DeJoy assured committee members that he is committed to making that happen and that USPS has the resources to do so.

Peters continued: "For more than two centuries, Americans have been able to count on the Postal Service. But – in less than two months as postmaster general – you have undermined one of our nation’s most trusted institutions and wreaked havoc on families, veterans, seniors, rural communities and people across our country."

During questioning, Peters also pushed DeJoy on accusations from Democrats that he's discussed USPS in relation to the election with President Trump, the Trump campaign or White House Chief of Staff Mark Meadows. DeJoy said that was not the case. He added it is an "outrageous claim" that he is acting politically to impact the election. DeJoy also said that USPS would prioritize election mail.

The perception that the Trump administration is trying to undermine the ability of the Post Office to deliver mail-in ballots was not helped when the president seemed to say he was withholding money for USPS that Democrats included in the coronavirus relief bill for that very purpose in an interview with Fox Business' Maria Bartiromo. His administration later walked the comment back, saying it is other demands Democrats are making for that legislation that are holding up negotiations.

The Friday hearing was called by Sen. Ron Johnson, R-Wis., chairman of the Senate Homeland Security and Governmental Affairs Committee, who worried that House Democrats in a hearing scheduled for Monday would not be fair to DeJoy.

The hearing is taking place remotely, like many congressional hearings lately. The remote hearings have occasionally led to technical difficulties, and that was again the case Friday. Sen. Tom Carper, D-Del., was muted when he initially tried to speak. As Johnson began to move on to the next member, Carper's feed unmuted just as he yelled "f---" three times in frustration.

After getting the technical issue fixed, Carper said that he had been getting more complaints from his constituents about postal service and that it seemed like the problems were DeJoy's fault.

Carper's office issued a statement on his use of expletives in response to the Friday technological problems: "Like most Americans in 2020, Senator Carper got frustrated with technical difficulties this morning, but that pales in comparison to his frustration with a Postmaster General who’s actively undermining the U.S. Postal Service during a national crisis."

Johnson in his opening statement emphasized that DeJoy does not report to the president, as he said some Democrats have intimated.

"One fact that needs to be highlighted to refute one part of the false narrative is that the postmaster general is not appointed by President Trump," Johnson said. "The bipartisan Postal Board of Governors engaged a professional search firm that identified Louis DeJoy as an outstanding candidate with the necessary background and skill set to tackle the enormous challenges postal system. The bipartisan governors then unanimously, again, let me repeat that, they unanimously approved his appointment as postmaster general."

Johnson also said that the Postal Service has plenty of money to operate fully through the election, without further funding that Democrats have asked for.

DeJoy also noted that the expected number of ballots that would be mailed this fall will be a small fraction of USPS' overall capacity.

Amid building pressure, DeJoy announced this week that he would walk back some of his plans for changes to the Postal Service's operations and swore that USPS would deliver for Americans on Election Day.

"I want to make a few things clear: The Postal Service is ready today to handle whatever volume of election mail it receives this fall," DeJoy said. "Even with the challenges of keeping our employees and customers safe and healthy as they operate amid a pandemic, we will deliver the nation’s election mail on time and within our well-established service standards."

He added, regarding changes he said predated his time with USPS: "To avoid even the appearance of any impact on election mail, I am suspending these initiatives until after the election is concluded."

Further, DeJoy Friday said the changes he aims to make are directed at enabling the Postal Service to fulfill the Congressional mandate that "requires us to pay our bills through our own efforts."

He said that both successful mail delivery and a financially profitable USPS are possible.

"I think both can be done with a little help from the Congress and the Postal Regulatory Commission," he said.

Sen. Maggie Hassan, D-N.H., asked DeJoy to commit that changes he would make would not delay prescription delivery and that he would deliver election mail on time -- DeJoy did.

Many Democrats have raised concern over the fact DeJoy has donated to the Trump campaign. Sen Mitt Romney, R-Utah, apparently in defense of DeJoy, noted that in addition to Trump, DeJoy donated to Romney too.

"So some people would say you contributed to both sides," Romney said, in reference to the bad blood between himself and the president.

Peters on Friday nevertheless slammed the changes DeJoy has led, saying that mail backlogs and delays have already hurt Americans.

"The operational changes you implemented, without consulting with your customers or the public, have caused significant delays," Peters said. "Delays that have hurt people across the nation."

One notable member of the committee is Democratic vice-presidential candidate Sen. Kamala Harris, D-Calif. Harris is not participating in the hearing itself but has submitted questions in writing.

Harris' questions included one about whether or not DeJoy will "return and reassemble removed or locked collection boxes and mail sorting machines?"

DeJoy, asked similar questions by other senators Friday, said that he would not because the machines aren't needed to keep up on-time Postal Service.

In his closing comments, Johnson slammed Democrats for allegedly "ginning this, these issues and these problems up into something that it's not. A very false narrative ...  to extract a political advantage."

Carper shot back: "We've got a president sadly who wants to undermine and underfund the Postal Service and undermine ... vote-by-mail."

Added Peters: "These are real concerns that I am hearing. These are not manufactured, these are people who are coming forward talking about delays, talking about medicine that's not available for them...