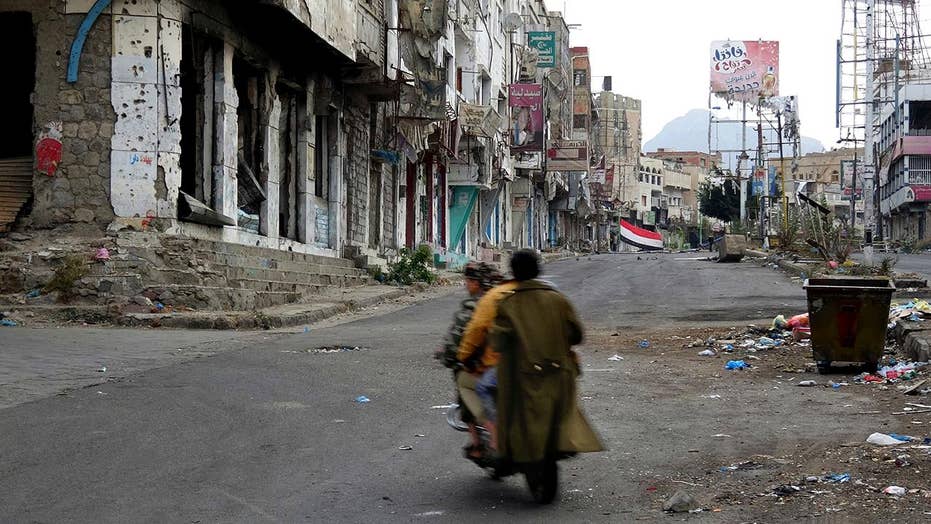 Should Congress have more oversight in the Yemen war?

Indiana Republican Senator Todd Young weighs in on the Senate debate to give Congress more oversight in the role of the war in Yemen.

The Senate on Thursday passed a resolution calling on the U.S. to end military assistance for the Saudi-led coalition’s war in Yemen against Iran-backed Houthis, in a bipartisan vote that saw Republicans break with President Trump.

The Senate voted 56-41 for the measure, which came as U.N. negotiators hashed out a ceasefire between the two sides in talks in Sweden and amid continued controversy over the killing of activist Jamal Khashoggi. All Democrats voted aye, and were joined by seven Republicans -- including  Sens. Susan Collins, R-Maine, Jeff Flake, R-Ariz., and Rand Paul, R-Ky. Three senators, all Republicans, did not vote.

In a second Saudi rebuke, a joint resolution saying Saudi Crown Prince Mohammad bin Salman was responsible for the killing of Khashoggi passed by a voice vote.

The Yemen resolution was sponsored by Sen. Bernie Sanders, I-Vt., and Sen. Mike Lee, R-Utah. Although Majority Leader Mitch McConnell and most Republicans opposed it, it managed to pick up enough votes to pass.

Sanders described the vote as an “historic moment” and thanked senators for saying “the U.S. will no longer participate in the Saudi-led intervention in Yemen which has caused the worst humanitarian crisis on earth with 85,000 children starving to death.”

Republicans and key officials in the Trump administration had urged the Senate not to pass such a resolution, and have tried to uphold the U.S.-Saudi alliance amid international fallout over Khashoggi's brutal killing at the hands of Saudi operatives. Secretary of State Mike Pompeo told reporters last week that a resolution could damage the U.N.-led peace talks.

Tens of thousands of people are believed to have been killed in the Yemen conflict, which began when the Houthis ousted the Yemen government in 2014. Two-thirds of Yemen’s 27 million population rely on aid and more than 8 million are at risk of starvation.

The U.S. is not directly involved in the civil war, but provides assistance to the Saudi-led coalition, including intelligence sharing and weapons sales.

There has been increased scrutiny of that support in the wake of Khashoggi's murder at a Saudi consulate in Turkey. U.S. intelligence agencies reportedly have concluded that bin Salman must have at least known about the plan to kill Khashoggi, though Trump has appeared to doubt that assessment.

“King Salman and Crown Prince Mohammad bin Salman vigorously deny any knowledge of the planning or execution of the murder of Mr. Khashoggi. Our intelligence agencies continue to assess all information, but it could very well be that the Crown Prince had knowledge of this tragic event – maybe he did and maybe he didn’t!” Trump said in a statement last month.

Members of the House were given a classified briefing on Khashoggi's killing earlier Thursday by Defense Secretary James Mattis and Pompeo.