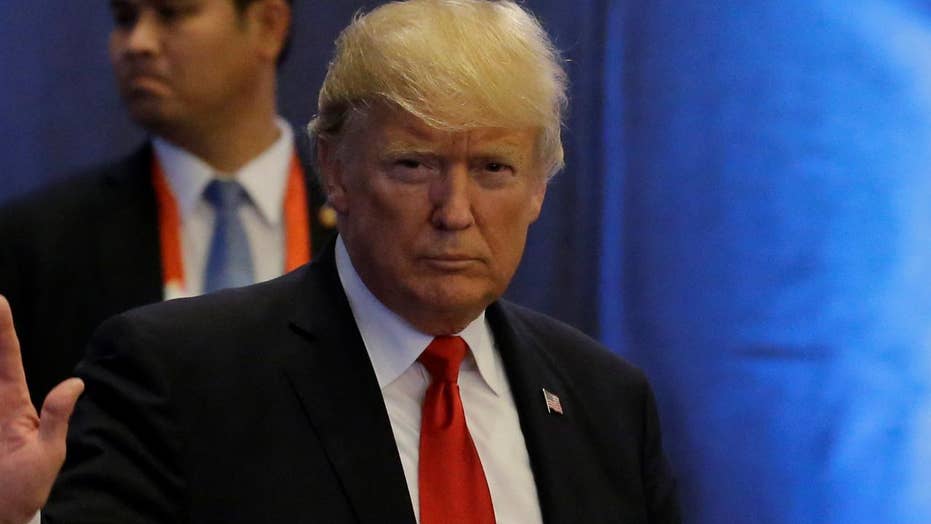 What is the president’s nuclear authority?

With the presidency comes the power to launch a nuclear war. What are his powers? Why are lawmakers holding a hearing about this for the first time in more than 40 years?

Republican Sen. Bob Corker, chairman of the Senate Foreign Relations Committee, on Tuesday said the panel’s hearing on the president’s authority to launch a nuclear weapon was much needed but not about President Donald Trump.

“I want the president to act in a way that acknowledges the input of a lot of experts, not to act on a Twitter post,” said New Hampshire Democratic Sen. Jeanne Shaheen.

Corker — who verbally has sparred with Trump and who recently told The New York Times that the president’s “reckless” behavior could put the United States “on the path to World War III” — said the hearing was not about Trump.

The Tennessee lawmaker also said the hearing marked the first time in 41 years the committee had looked specifically at nuclear weapons use.

“This is not specific to anybody,” Corker said.

However, military experts testifying at the hearing warned about changing laws to keep a president from having such authority — in part because such a change could give enemies an advantage.

“I applaud your and the committee’s interest in these matters,” said retired Air Force Gen. C. Robert Kehler, a former commander of U.S. Strategic Command.

“However, I urge Congress to carefully consider the potential impacts … that any potential changes to nuclear command and control might have. I also urge you to consider that conflicting signals can result in loss of confidence, confusion or paralysis in the operating forces at a critical moment.”

The question of whether anyone could stop a president from ordering a preemptive nuclear strike rarely was raised before Trump ran for the White House.

The answer to the question is simple: No.

Under the long-established protocols, neither Congress nor the defense secretary can stop the president. Military officers are duty-bound to execute the order.

Kehler also said the legal principles of military necessity, distinction and proportionality also apply to decisions about the use of nuclear weapons.

Sen. Ben Cardin, D-Md.,  asked Kehler if that means the top officer at Strategic Command can deny the president’s order if it fails those tests.

Kehler said yes, but that would lead to a “very difficult conversation.”