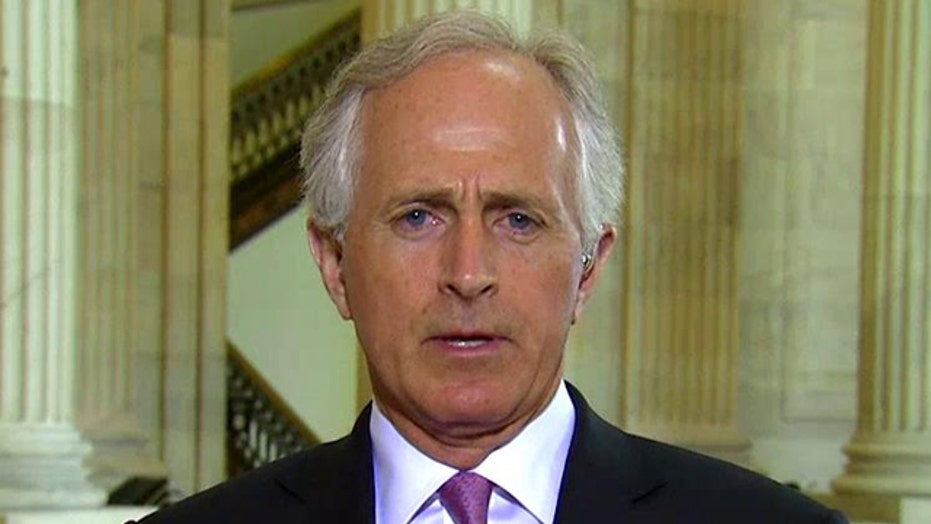 Senate Republicans have agreed to scale back a bill intended to give Congress the authority to weigh in on a final Iran nuclear deal so that they can get more support for the legislation from chamber Democrats.

All 54 GOP senators support the bipartisan bill, which is enough to avoid a filibuster. Several Democrats support Corker’s bill, but Republicans will need at least three more Democrats on board to reach the 67 votes needed to override the veto that President Obama has vowed to sign.

A tentative deal between Iran, the United States and four other nations was reached April 1, with a final deal scheduled for June 30.

However, if the final deal, to curtail Iran’s uranium-enrichment program, is submitted after July 9, the review period reverts to 60 days, the source said.

The compromise bill also would require the president to submit the final agreement to Congress. Members will then have up to 52 days to review the deal. During that period, the president cannot remove the congressional sanctions that have already been imposed on Iran.

After the initial 30 days, 12 more days are automatically added if Congress passes a bill and sends it to the president. And an additional 10 days are added if the president vetoes the legislation.

In addition, the president is required to certify to Congress every 90 days that Iran is complying with the terms of the final agreement.

The committee will meet on Tuesday afternoon to consider amendments to the bill and likely vote on a final version.

"Now that we've got the broad outlines of the framework and we're getting more thorough briefings from the White House, we should be able to review and provide input on the bill responsibly in 30 days or less," he said.

Corker, who co-sponsored the bill with New Jersey Sen. Bob Menendez, a Democrat, insisted Tuesday morning that the larger point, beyond the review period, is that the Obama administration should not have absolute authority on a deal of such magnitude.

“The American people need their representative … to go through this with a fine-tooth comb,” he told Fox News.

The White House doesn't want Congress to take any action that could upset the delicate negotiations that are supposed to wrap up with a final nuclear agreement.

On the House side, Majority Leader Kevin McCarthy said Monday he will bring the bill to the floor if the Senate acts on legislation giving Congress the power to review any deal.

As the bill is currently written, Obama could unilaterally lift or ease any sanctions that were imposed on Iran through presidential executive means. But the bill would prohibit him for 60 days from suspending, waiving or otherwise easing any sanctions that Congress levied on Iran.

During that 60-day period, Congress could hold hearings and approve, disapprove or take no action on any final nuclear agreement with Iran.

Secretary of State John Kerry, who played a leading role in getting a framework agreement with Iran April 2, personally pleaded with House Republicans and Democrats on Monday to give the Obama administration more time and room to negotiate a final deal. He met in a closed-door session with members of the House and was to meet with senators on Tuesday before the committee debates the bill.

"We have two and a half months more to negotiate; that's a serious amount of time with some serious business left to do," Kerry told reporters outside a congressional auditorium where the briefing was held. "We hope Congress listens carefully and ask the questions that it wants. But also give us the space and the time to be able to complete a very difficult task which has high stakes for our country."

After the private briefing with members of the House, Rep. Steve Israel, D-N.Y., said he was not convinced the framework deal Kerry described is as good as it needs to be. "I was skeptical before. I remain skeptical," he said.

"Honestly, it sounds like somebody was trying to sell me a car," Salmon said.

At the White House, Obama met for several hours with two groups of Jewish leaders on another part of the campaign to win support for a deal.