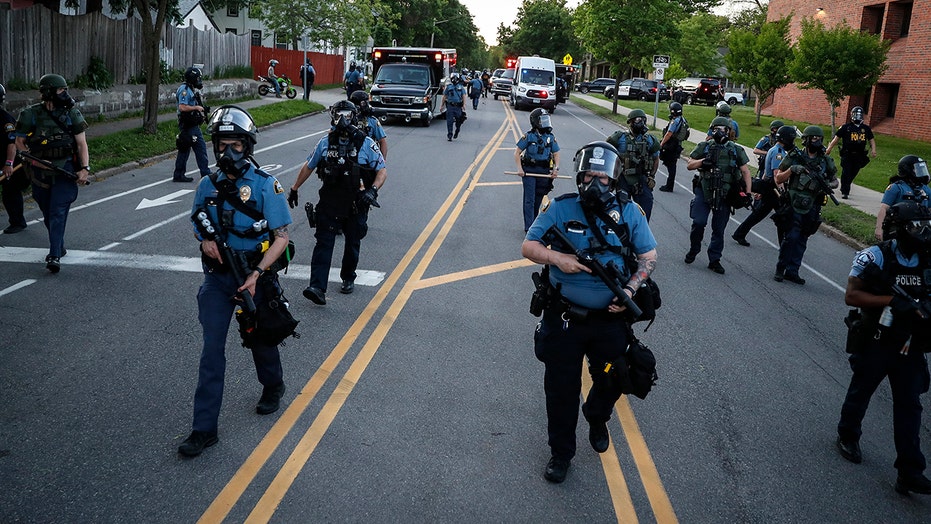 A group of Senate Democrats on Thursday introduced a resolution pushing for an end to "qualified immunity," a legal doctrine created by the Supreme Court with the aim of shielding government employees from frivolous lawsuits, but has been decried in recent years as allowing bad actors to escape accountability for violating peoples' rights.

The Democrats' resolution was in reaction to the death of George Floyd while in the custody of the Minneapolis Police Department, an event that has reignited fury against the doctrine on both sides of the aisle.

"Law enforcement should not be completely shielded from accountability when they violate someone’s civil rights," Sen. Kamala Harris, D-Calif., said of the resolution. "It is clear that the Supreme Court’s qualified immunity doctrine is broken and in need of reform. It is time that we say clearly that police officers should be held accountable to the law and to the people they are sworn to protect, period."

The resolution says that the Senate "recognizes and acknowledges the legal and racial inequities inherent in the judicial doctrine of qualified immunity as that doctrine is applied to law enforcement officers." It says that qualified immunity is the result of "a mistaken judicial interpretation of a statute enacted by Congress" and concludes that Congress should change the law that is the basis for the doctrine.

The Supreme Court has justified qualified immunity as reflecting "the need to protect officials who are required to exercise discretion and the related public interest in encouraging the vigorous exercise of official authority," including police officers. It's said that because of their need to make split-second decisions, officers are protected from being sued for official actions unless their actions very clearly are governed by previous precedent and "any reasonable official in the defendant’s shoes would have understood that he was violating" a person's rights.

The effect of that doctrine, some say, has often been that egregious conduct by law enforcement goes unpunished, protected by a Supreme Court precedent that the justices have been reluctant to revisit over the years.

Others on the right have panned the legal doctrine over the years, including the libertarian-leaning Cato Institute.

"Qualified immunity is the cornerstone of America's near-zero accountability policy for law enforcement," Clark Neily, the organization's vice president for criminal justice, said. "It is an illegitimate, judge-made legal doctrine that has systematically undermined our right to be free from the illegitimate use of force by government agents and that helped set the stage for the brutalization of George Floyd and countless others, particularly in communities of color."

Neily added: "We applaud the efforts of Senators Harris, Markey, and Booker to right this historical wrong and create a culture of genuine accountability for police, prosecutors, and other public officials."

The Democrats' resolution outlines the phenomenon noted by Willett, saying it makes it easy for officials to wriggle out of accountability on technicalities.

"For too long our courts have closed their doors to people seeking redress when police violate their constitutional rights," Booker said separately. "We’ve got to ensure that there is access to justice to truly hold police accountable for their misconduct."