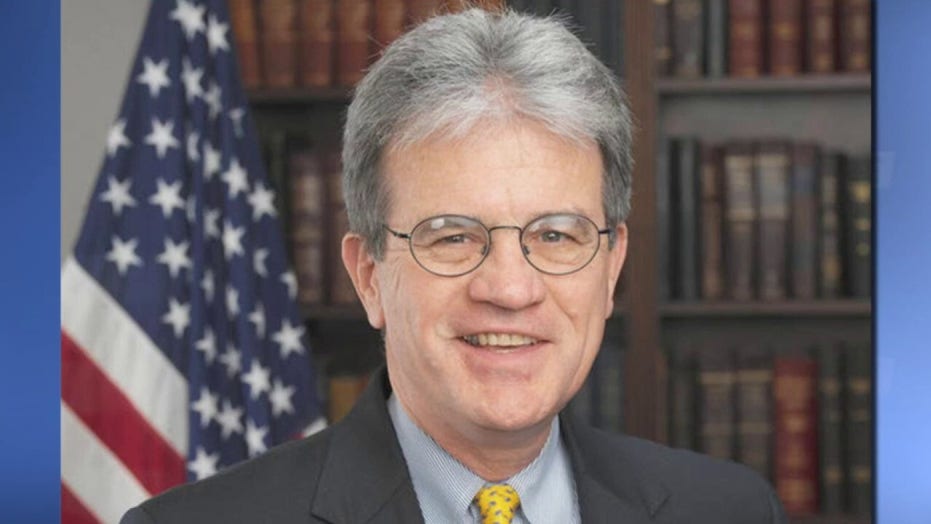 Former Senator Tom Coburn, 72, has died after a years-long fight with prostate cancer, Fox News confirmed; Coburn retired from the Senate in 2015 amid health complications.

Former Senator Tom Coburn, R-Okla., a fiscal conservative and a fierce opponent of wasteful spending in the federal government, has died after a years-long fight with prostate cancer, Fox News confirmed Saturday.

Coburn, who retired from the Senate in 2015 amid complications with cancer, died late Friday. His death was first reported by The Oklahoman. He was 72.

"Because of his strong faith, he rested in the hope found in John chapter 11 verse 25 where Jesus said, 'I am the resurrection and the life. The one who believes in me, will live, even though they die.' Today he lives in heaven," his family said in a statement to the outlet.

Coburn brought his experience as a doctor to the Hill, and was known for his fiscal conservatism and his strong stance against government waste as trillion-dollar deficits became a regular occurrence in Washington D.C.. He picked up the nickname "Dr. No" and released a "Waste Book" every year that outlined some of the more egregious examples of government waste. 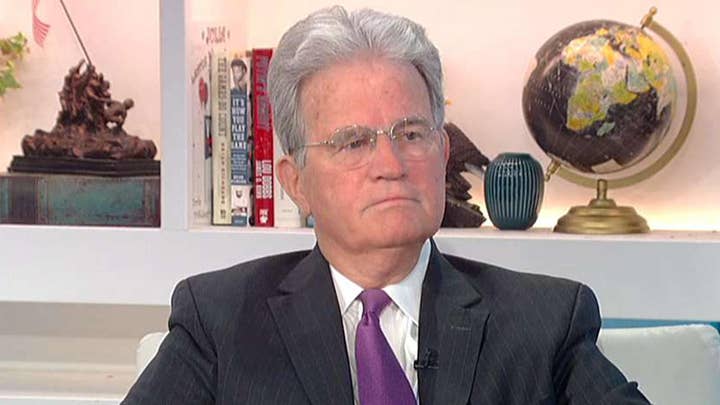 Vice President Mike Pence hailed Coburn as "a great conservative voice in the United States Congress and American physician whose legacy will live on."

Sen, James Lankford, R-Okla., who succeeded Coburn in the Senate in 2015  paid tribute to Coburn as a "tremendous leader" and a "great friend."

"He was unwavering in his conservative values, but he had deep and meaningful friendships with people from all political and personal backgrounds. He was truly respected by people on both sides of the aisle," he said in a statement.

“Dr. Coburn will be remembered by many around the country for his work in Congress, but in Oklahoma, he will be remembered as a physician, a Sunday School teacher, and a mentor," he said. He delivered over 4,000 babies and cared for thousands of moms in Muskogee. His greatest joy was his wife Carolyn and his daughters Callie, Katie, and Sarah and their families. Cindy and I pray for the Coburn family as they walk through this incredibly hard journey. They have lost a husband, father, and grandfather; we have lost a friend and a leader.”

"Very glad his suffering is over and he is now with the Lord," Graham said. "Tom was a great senator, a terrific husband and father, and a dear friend."

Coburn's former staffer Courtney Shadegg wrote a touching thread on Twitter about the late senator, including about how he once had a middle seat on an airplane -- but he didn't mind.

"He replied.... 'it’s okay. My ego needed a middle seat, last row. Everyone needs it now and then.' I don’t think I’ve thought about middle seats the same since," she shared.

Shadegg said Coburn also once showed kindness to a fellow lawmaker who "got himself into big trouble due to a very embarrassing situation of his own making. Dr. Coburn wasn’t close with him and didn’t approve of what happened but he also knew he’d be mobbed by reporters and be an outcast for weeks."

"He had me call his office and offer to be his buddy, walking w/ him to lunch and the floor whenever he waned. He also convinced a few other members to do the same. 'We all deserve forgiveness and a second chance and we should know we’re never alone even when we’ve screwed up,'" she recalled.