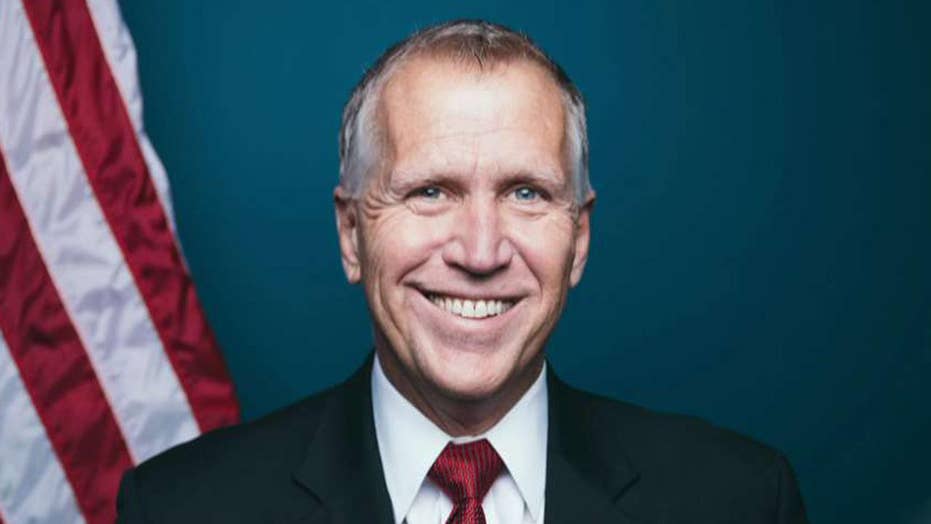 The 56-year-old senator collapsed during a bike race, needed CPR

Sen. Thom Tillis collapsed during a Washington, D.C., race Wednesday morning and was taken away in an ambulance, but he later released a video proclaiming his health and eagerness to get back to work.

Observers told The Associated Press that Tillis, R-N.C., at first appeared unconscious but was revived and seen breathing as he left the scene.

“Hey everybody. I’m fine; just running -- about two-and-a-half miles in got overheated, no CPR, no special measures, just checkin’ me out,” Tillis said. “See you back on the Hill.”

Tillis was being given fluids at the hospital, Fox News was told.

Race organizers also said Tillis was taken to the hospital as a "precaution."

"And we've been informed that he is up and doing better," a race spokesperson wrote in an email.

The 56-year-old was seen on the ground being administered to by bystanders at about the 2-mile mark in the 3-mile race in Anacostia Park in the southeast part of the city. Initial reports said Tillis received CPR, though Fox News later confirmed that did not happen.

Tillis posted a photo to his Twitter account just before 8 a.m. showing him smiling and standing with members of his team.

Tillis is the junior North Carolina senator, elected to the Senate in November 2014 after serving in the North Carolina Legislature from 2009-2015. He serves on the Senate Armed Services, Judiciary, Veterans Affairs and Banking, Housing and Urban Affairs committees, as well as the Senate's Special Committee on Aging.

It was not immediately known what hospital Tillis was taken to.

Fox News' Chad Pergram and Ken Martin and The Associated Press contributed to this report.