Senator Robert Menendez (D-NJ) on the left and Dr. Salomon Melgen, a Florida eye doctor of Dominican descent who is a prominent Democratic campaign contributor. (AP)

After evading comment for days, Sen. Robert Menendez's voice rose with anger as he spoke to reporters Monday, forcefully denying allegations he engaged with prostitutes in the Dominican Republic. He called the claims false "smears" from "anonymous, nameless, faceless individuals."

"That's what they've done successfully," he said in his first public remarks since the allegations began to spread last week. "The bottom line is all of those smears are absolutely false."

Menendez's public denial came after the FBI conducted a search of the West Palm Beach offices of a Florida doctor who was the senator's biggest political donor in his reelection campaign last year.

A week before the November election, The Daily Caller, a conservative website, reported that Menendez had used a business jet owned by Dr. Salomon Melgen, an eye doctor of Dominican descent who is a prominent Democratic campaign contributor, to fly to the Dominican Republican for trysts with prostitutes. None of the allegations have been substantiated. It is unclear whether the FBI raid of Melgen's office was related to Menendez.

The reports have dogged Menendez, 59, as he has assumed the chairmanship of the Senate Foreign Relations Committee, succeeding former Sen. John Kerry, who resigned last week to become secretary of state. The Senate Ethics Committee is investigating the case.

Separately on Monday, a prominent lawyer in the Dominican Republic denied claims that he hosted outings involving Menendez and prostitutes on his yacht. Attorney Vinicio Castillo Seman said in Santo Domingo that he would seek a criminal investigation into the source of the reports, which he called "absurd."

Castillo, the son of a presidential adviser and the brother of a member of the Dominican Republic Congress, said he has known Menendez for about 15 years but has never seen him with a prostitute. Prostitution is legal in the Caribbean country.

"I have never seen him behave in any way that was not impeccable and dignified," Castillo said. "It's absolutely false and slanderous to say that I have been on trips or at parties with underage prostitutes with Sen. Robert Menendez and Dr. Salomon Melgen."

While repeatedly denying any meetings with prostitutes, Menendez did acknowledge to reporters that he flew on Melgen's private plane and failed, initially, to properly pay for trips. He told reporters he reimbursed some $58,500 from his personal funds after it "came to my attention" and said it was unfortunate that the trips "fell through the cracks."

"I was in a big travel schedule in 2010 as the chairman of the DSCC" — the Democratic Senatorial Campaign Committee — "plus my own campaign getting ready for the election cycle," Menendez said.

Menendez's office said last week that the senator had reimbursed Melgen on Jan. 4. His office said Menendez's reimbursement was for the full cost of two flights on Melgen's plane to the Dominican Republic for personal trips in 2010.

Menendez took a third flight — in May 2010 — on Melgen's plane for a DSCC fundraiser. The trip was reported to the Federal Election Commission as a $5,400 expenditure by the DSCC for the use of Melgen's plane.

Melgen is a native of the Dominican Republic but has lived in the U.S. since 1980, while Menendez is of Cuban-American descent. He is divorced and has two children. Menendez's office has said Melgen has been a friend and supporter for many years.

Some New Jersey Republicans filed a complaint with the Senate Ethics Committee last fall after The Daily Caller's initial report that Menendez had flown on Melgen's private plane to the Dominican Republic to engage with prostitutes. In response, Menendez's staffers searched records for trips by the senator and found the two additional trips that hadn't been reimbursed.

In 2012, Melgen's practice gave $700,000 to Majority PAC, a super political action committee set up to fund Democratic candidates for Senate. Aided by Melgen's donation, the super PAC became the largest outside political committee contributing to Menendez's re-election, spending more than $582,000 on the senator's behalf, according to an analysis of federal election records.

Castillo said the episode is a "smear campaign," intended to scuttle a contract for port security by a company controlled by Melgen.

The Dominican Republic, which has become a busy transit point for drugs destined for the United States and Europe, has only one X-ray to screen port cargo. It was donated by the United States.

A company called I.C.S.S.I. signed a contract in 2002 to provide screening throughout the country but the government suspended it in 2004 before it went into effect amid claims that it was too expensive and the bid process had not been competitive. A company run by Melgen bought the company in 2011 and he has been seeking to reinstate the contract, which has been tied up in the courts.

"It's evident that drug traffickers and their powerful allies in our country have no interest in the use in seeing this technology implemented in our ports," he said. 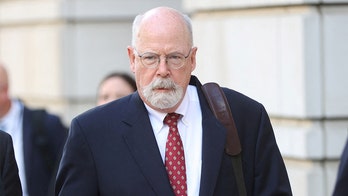 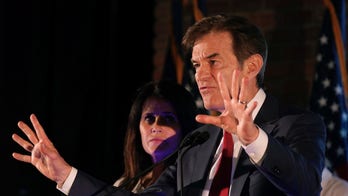 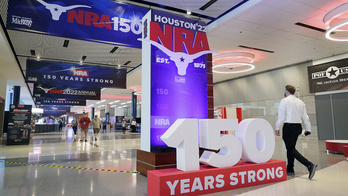