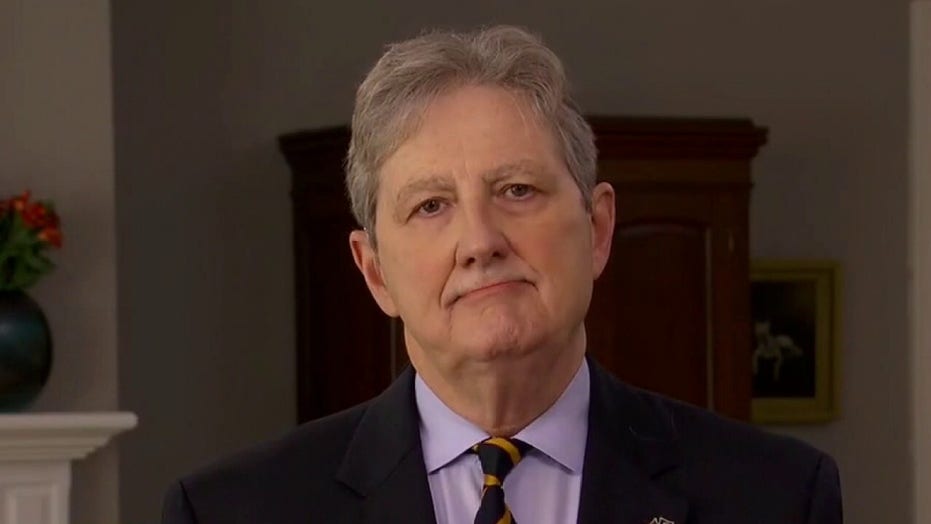 Sen. John Kennedy, R-La., bluntly criticized Democrats who are claiming that Amy Coney Barrett will certainly vote to knock down Obamacare if given the opportunity to do so as a Supreme Court justice.

Kennedy appeared on "Fox News Sunday" immediately after Democratic Sen. Debbie Stabenow of Michigan had made that very accusation, but Kennedy would have none of it.

SCALIA: DEMS WILL USE OBAMACARE AS 'RED HERRING' IN ATTACKING SCOTUS PICK BARRETT

“Sen. Stabenow is my colleague, and I consider Debbie a friend, so I say this gently: Sell crazy somewhere else; we’re all stocked up here," Kennedy said. "Unless Debbie’s clairvoyant, I don’t think she knows how the nominee’s going to vote or any other member of the United States Supreme Court."

"My Democratic friends think that the Supreme Court ought to be a mini-Congress," he said. "They don’t even need to hear cases; they already know how they’re going to vote. And that’s part of the problem. That’s not how I view the appropriate role of the Supreme Court. And I don’t think that’s how it operates.”

Kennedy then addressed the controversy over Republicans in the Senate wanting to move forward with Barrett’s confirmation process, despite deliberately refusing to do the same for Merrick Garland when President Barack Obama nominated him months before the 2016 election.

Kennedy claimed that if Democrats were in charge of the Senate, they, too, would do what they want regardless of what they may have said in the past.

“If the shoe were on the other foot, then I can assure you [Minority Leader Chuck] Schumer would do what the Republicans are doing right now,” he said.