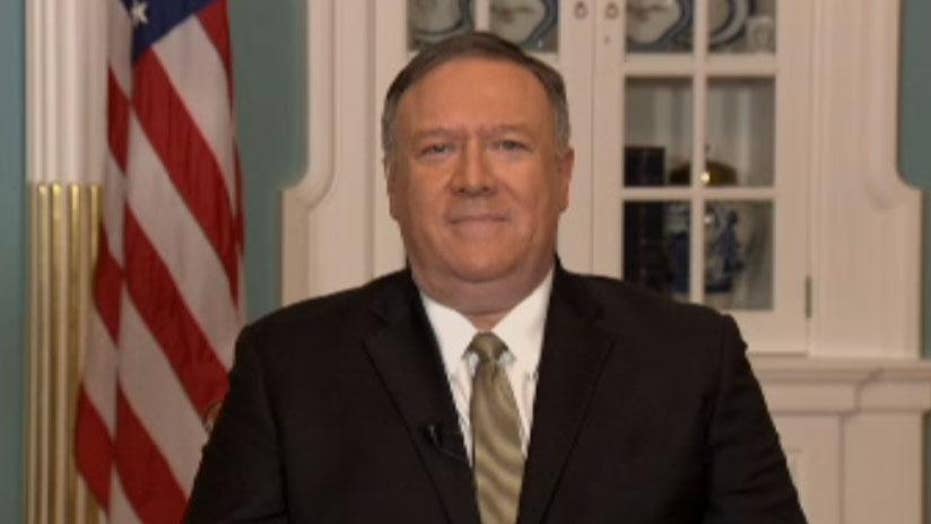 Secretary of State Mike Pompeo on Thursday discussed President Trump’s efforts to strengthen the border between the U.S. and Mexico, arguing that strong border security is vital in protecting the nation.

When asked during an interview with Fox News’ Sean Hannity whether the immigration debate should be seen “as a national security issue,” Pompeo said people should “be very serious about this.”

“Border security is an important part of American sovereignty and keeping Americans safe,” Pompeo stated. “There is a central role to make sure that we know who’s coming in and what is coming in to our country and President Trump is doing the right thing in making sure we understand what’s moving across that border and we do so with enough border security so we have confidence and we can do this on behalf of the American people.”

Earlier Thursday, Trump made his latest appeal for Congress to provide funding for his campaign-promised wall along the U.S.-Mexico border. During a surprise appearance in the White House briefing room, Trump insisted that “we need protection in our country.”

The push comes amid the ongoing partial government shutdown, where border funding has been a contentious topic.

Pompeo explained that there are “lots of risks associated” with border security.

“There are lots of things that come across that southern border that we need to get control of and President Trump is determined to make that happen,” Pompeo said.

Changing focus toward North Korea, Hannity also asked Pompeo about a second potential meeting between Trump and Kim Jong Un, and whether or not such a meeting could produce further development toward the denuclearization of the Korean peninsula.

Pompeo replied that he’d “be surprised if we get all the way home in this meeting although it would be fantastic if we did.”

However, he added that there was promise for growth in a meeting.

“I don’t want to tell you exactly what our negotiating strategy is but suffice it to say, I think we have set the conditions where we can make real progress when Chairman Kim and President Trump meet and take down the threat to the United States and to the world that has been, you know frankly, holding America hostage for so long in North Korea,” Pompeo said. “It’ll be good for South Korea, it’ll be good for Japan, it’ll be good for all of the world.”

Pompeo's Thursday comments follow Kim’s annual New Year speech from earlier this week, during which he claimed that North Korea is ceasing its nuclear weapons assembly, according to The Wall Street Journal.