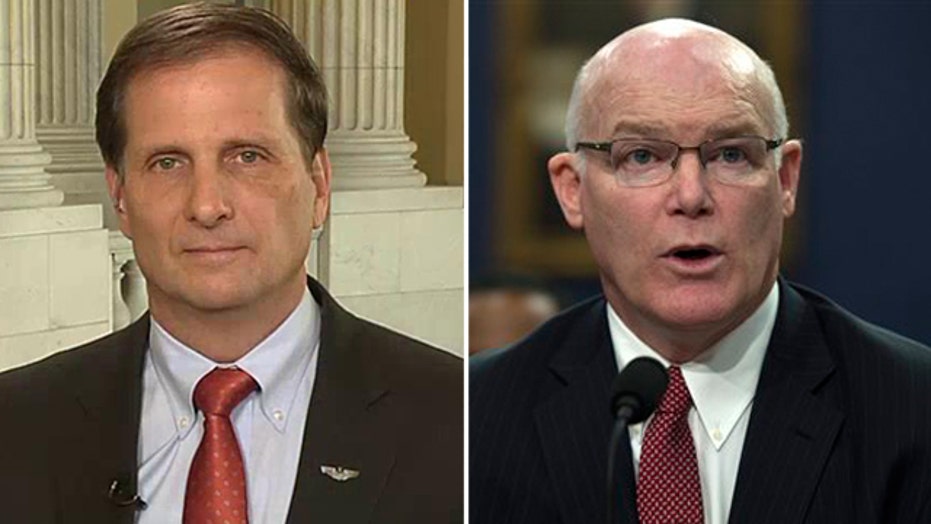 WASHINGTON – The recently installed director of the scandal-plagued Secret Service is going on the offensive on Capitol Hill, pushing back hard against news reports that two senior agents crashed a government vehicle into a security barrier at the White House after a night of drinking earlier this month.

"Previous reports of a crash are inaccurate - there was no crash," Joseph Clancy said in a statement he prepared for an Thursday afternoon hearing by a Senate Appropriations subcommittee. "The video shows the vehicle entering the White House complex at a speed of approximately 1 to 2 mph, and pushing aside a plastic barrel. There was no damage to the vehicle," his statement said.

The Associated Press obtained a copy of Clancy's prepared remarks in advance of the Hill hearing.

Earlier this month The Washington Post reported that a pair of senior agents drove a government vehicle into a White House security barrier after a night of drinking on March 4. The paper also initially reported that the agents may have driven over a suspicious item suspected of being a bomb during the incident. The newspaper later clarified that the vehicle may have actually only driven near the item.

Earlier this week while testifying before a House Appropriations panel, Clancy said he had "seen nothing to indicate this incident as described occurred."

His prepared remarks for Thursday's hearing were far stronger.

Although denying reports of a crash, Clancy was expected to reiterate his concerns that it took five days for him to learn about the incident.

"The fact that I did not learn of this allegation until five days after it is said to have occurred is unacceptable," the director said in the prepared remarks.

Clancy was set to repeat an earlier pledge to carry out appropriate discipline if a Homeland Security IG's investigation concludes the agents had been drinking before the March 4 incident — or if anyone else tried to cover up the incident.