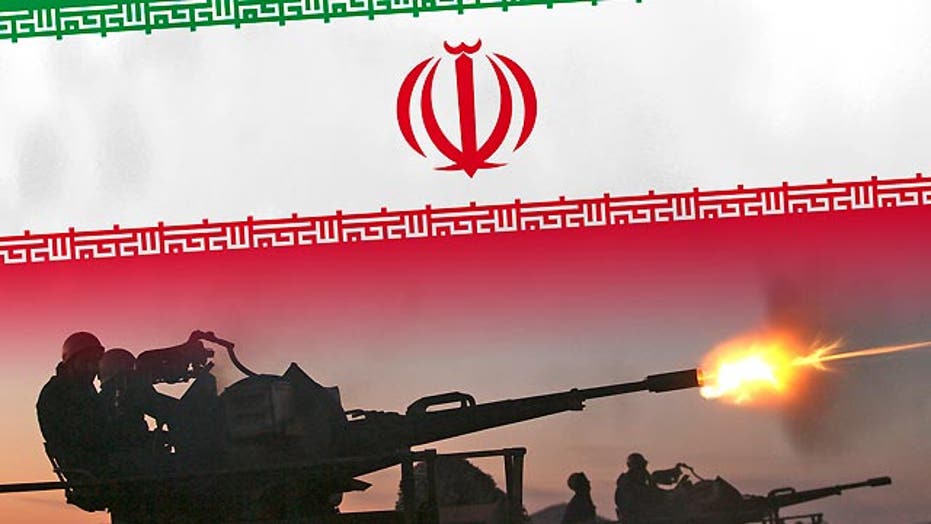 Concern about Iran's role in supplying weapons to bad actors

As conflicts and civil wars rage across the Middle East and North Africa, a shadowy covert cell operating under the Iranian government is fueling the bloodshed.

Unit 190, a secret arm of the Iranian Revolutionary Guard's Quds Force made up of about two-dozen employees, has for years smuggled arms to these conflict zones.

After an extensive investigation tracing the land, air and sea routes used by the Quds Force to move weapons to Hezbollah, Hamas and now the Houthis in Yemen, Fox News has also learned from western intelligence sources the name of the Iranian man who is a key player in Unit 190: Behnam Shahariyari, born in 1968 in Ardabil, northwest Iran.

“Very often arms and explosives were placed in trucks underneath legal cargo in order to hide them,” said Michael Eisenstadt, director of Military and Security Studies programs for the Washington Institute for Near East Policy.

In May 2007, when Turkey intercepted containers filled with 122mm mortar shells and explosives destined for Hezbollah via Syria in violation of U.N. Security Council Resolution 1747, the bill of lading had Shahariyari's signature on it.

A hangar in the civilian section of the international airport in Tehran near the Iran Air terminal reportedly serves as a warehouse for Unit 190, according to western intelligence sources who provided Fox News with a photo of the hangar.

In fact, the U.S. Treasury has sanctioned front companies used by the Quds Force’s Unit 190 to transport weapons to Hezbollah, and other terrorist groups in the Middle East in direct violation of U.N. Security Council resolutions.

“Many times when you see the United States government imposing sanctions on so-called ‘commercial businesses’ in Iran, it's in reality the Quds Force that they are trying to sanction,” said Ali Alfoneh, an Iranian-born political scientist at the Foundation for the Defense of Democracies.

On Dec. 21, 2010, the U.S. Treasury designated a shipping company, Liner Transport Kish, for providing material support including weapons to Hezbollah on behalf of the Iran's Revolutionary Guard Corps, or IRGC. Formed in 2003, the company is based on Kish island off the coast of Iran in the Persian Gulf. Its manager, Sayyed Jabar Hosseini, is also an employee of Unit 190.

“There are several major Iranian islands in the Persian Gulf region which serve as shipping points for Iran's armed transportation to the region,” Alfoneh said.

More recently, in January 2013, the U.S. Navy intercepted 40 tons of anti-tank and anti-aircraft missiles on board a boat named the Jeehan-1 -- weapons that western intelligence officials say were destined for the Houthis -- the very rebels who just took control of Yemen's capital, forcing the evacuation of the U.S. Embassy on Wednesday.

“We know that there is a relationship between the Houthis and Tehran,” Pentagon Press Secretary Rear Adm. John Kirby told reporters on Tuesday. “We've been very clear on multiple occasions about our concerns about the tentacles that Iran has throughout the region, specifically with support to groups and organizations that aren't doing anything to increase stability in the region.”

In October 2012, explosions rocked Khartoum. Video from that night shows the factory in the southwest part of Sudan's capital where Iran stored the weapons that intelligence officials say they planned to distribute overland through Egypt into the Gaza Strip and elsewhere across the Middle East.

It's since been reported that eight Israeli F-15 fighter jets bombed the Iranian weapons stockpile in Sudan that night.

It is not the first time Israel has intercepted Iranian arms shipments: in March 2014 the Israeli navy stopped a commercial ship called the Klos-C which was filled with Syrian long range rockets.

In March 2011, it also intercepted the Victoria with Iranian C-704 shore-to-sea missiles onboard, reportedly destined for Gaza.

Iranian fingerprints have been noticed on illicit shipments across the region.

In October 2010, Nigerian security forces arrested Quds Force activists in Nigeria after intercepting a shipment of mortar shells and rockets destined for Gambia.

In January 2009, the USS Farragut helped intercept in the Red Sea a former Russian ship filled with explosives that originated in Iran. It was escorted to Cyprus, where the contents of the cargo later exploded, killing a senior officer in the Cypriot Navy and leaving a 600 yard wide crater.

And in November 2009, Israel intercepted the Francop, a vessel with 500 tons of weapons onboard.