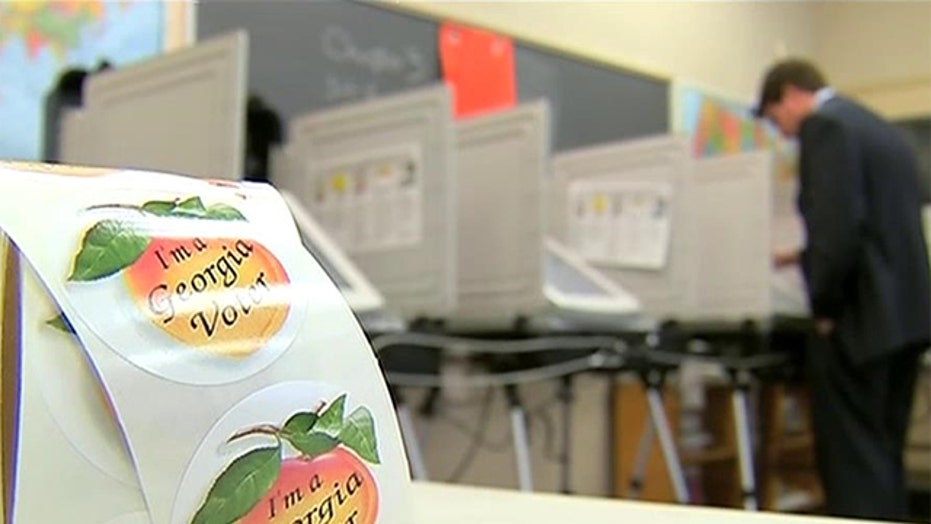 ATLANTA – When it comes to picking a president, everyone wants to feel important. And the states of the “old South” are no different.

For the most part, the South has been an afterthought in the presidential nominating process. Primaries in this region have either taken place after the nominee has pretty much been established, or as part of a Super Tuesday that includes more significant states in areas far from Dixie.

But all of that will change in 2016 if Georgia Secretary of State Brian Kemp has his way.

“We weren’t having a voice in the process,” Kemp told Fox News. “I felt like a way to fix that would be to build this coalition in the South to really entice the candidates to come here and campaign and to give us a voice.”

The ‘coalition’ Kemp talks about is his neighbors in the Deep South: Alabama, Mississippi, Tennessee and Arkansas. His plan is to bring them all together for a Southern Super Tuesday on March 1, 2016.

“It’s well-warranted,” Kemp told Fox News. “I mean, the South’s growing. There’s a lot of people moving here and we should be involved in the process of deciding who the nominees will be.”

Kemp needed only to give the word to set March 1 as Georgia’s primary. He has the sort of power many secretaries of state would envy. Tennessee passed a bill back in 2011 to set the first Tuesday in March as primary day, so the Volunteer State also is on board. And Alabama, Arkansas and Mississippi are all moving legislation to join the drive for what Kemp has dubbed the “SEC Primary,” after the NCAA’s powerful Southeastern Conference.

SEC members Texas and Florida are already set for March 1primaries, though it’s expected both will move later in the month to take advantage of winner-take-all rules.

For his part, Mississippi Secretary of State Delbert Hosemann can’t wait for the legislature to give March 1 the nod.

“We think that the next president of the United States ought to come through the South and stand in your door and stand in your business and discuss the issues you think are important,” Hosemann told Fox News.

Georgia and Alabama got a bit of the spotlight in 2012, when Newt Gingrich made a last stand to try to wrestle the nomination from Mitt Romney. Gingrich won Georgia, but lost Alabama to Rick Santorum, which pretty much spelled the end for Newt.

This new plan, coming hot on the heels of early contests in Iowa, New Hampshire, Nevada and South Carolina, could place the South in a much more powerful position to influence the direction of the race, and give new prominence to a region that in the past, really had been represented by a single state.

“The South was whatever happened in South Carolina,” said Merle Black, professor of political science at Emory University. “And then that kind of took care of the South, narrowed the field down, so you didn’t have this kind of concerted effort to get a candidate who could appeal across the entire Deep South.”

The last time the South banded together in a Super Tuesday was in 1988. Democrats hatched the plan in hopes that a moderate like Al Gore or Dick Gephardt would sweep the South. But the plan backfired when Jesse Jackson won Georgia, Alabama, Mississippi and Louisiana, splitting the field and allowing Michael Dukakis to dodge around their left flank to become the nominee.

While a 2016 Southern Super Tuesday would be a bipartisan event, the Republican contest is the one that would attract the most attention.

Kemp believes that a moderate candidate (read Chris Christie or Jeb Bush) could gain instant credibility with conservatives across the country by winning in the South. But some Republicans fear that a bloc of southern states all voting on the same day could help propel a candidate considered too far to the right to be elected nationwide.

Merle Black sees a distinct possibility for that to happen. “It could well be that some of the candidates – especially the more conservative candidates -- could get a boost if they’re able to persuade voters in these Republican primaries that they are really viable presidential material,” he told Fox News.

Kemp isn’t losing sleep over such talk, pointing to recent Senate contests in Georgia and Mississippi, where moderate candidates prevailed over those from the far right. Don't forget, though, that the moderate – incumbent Thad Cochran – won the Mississippi primary by a hair’s breadth, and only with the help of Democrats, so Kemp’s nonchalance may be challenged by an anti-establishment movement that’s gaining traction in the South.

Black believes that no one candidate would sweep a Southern Super Tuesday. He expects that with such a broad potential field, the votes will split. And because rules would limit a March 1 contest to proportional allocation of delegates, in the end, it might not add up to a hill of beans.

Still, he told Fox News, it could put the South on the map again.