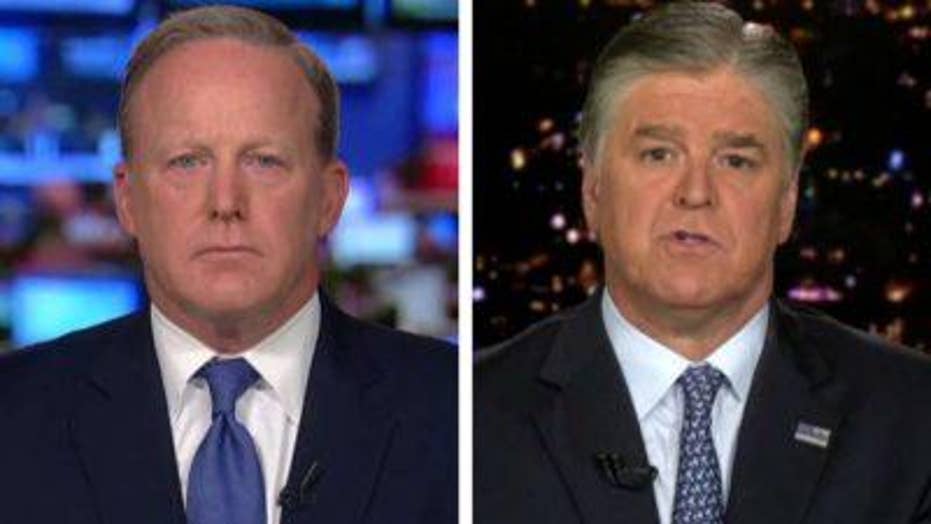 The Democratic presidential candidates who took part in Wednesday's first of two debates this week did minimal damage to President Trump, according to Sean Spicer.

"Not only did they not lay a glove on Donald Trump but they didn't lay one on Bernie Sanders or Joe Biden," he said.

"With the exception of Sen. Elizabeth Warren, D-Mass., who's at least within striking distance ... if they don't tear down Biden or Sanders they have no shot." 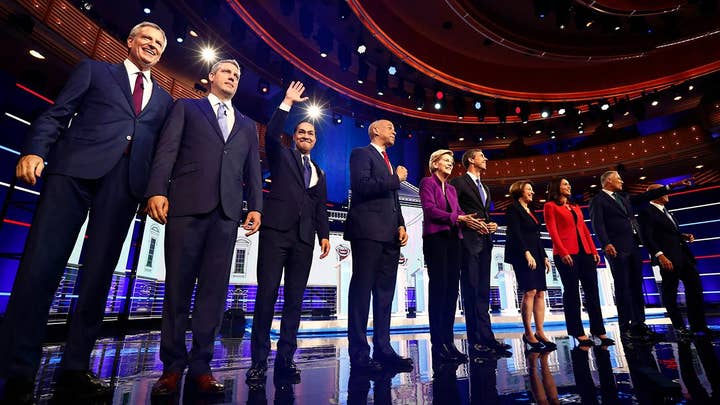 The former White House press secretary claimed the Democratic contenders left pundits on the debate's host networks underwhelmed, warning the same could be true for their viewership.

"For some of these people, this is the first time they had an opportunity, albeit for 60 seconds, to address the American people or the constituency of MSNBC -- who are their base," he said.

"And they didn't do anything to impress them. There's no one that stood out. When we are sitting here the day after talking about which phrase in Spanish was more authentic, that is a problem."

Spicer claimed Democrats did not respond directly to the achievements of the Trump administration thus far.

"This president has a record to run on that extends well beyond the economy," he said. "It talks about what he has done for the veterans, how he has plussed-up the military budget and how he's combating the opioid addiction problem in so many communities.