Schumer's office said he will formally petition the president to put the funding toward gun violence research by the Centers for Disease Control and Prevention, Department of Homeland Security counterviolent extremism programs, FBI domestic-terrorism investigations and other programs. 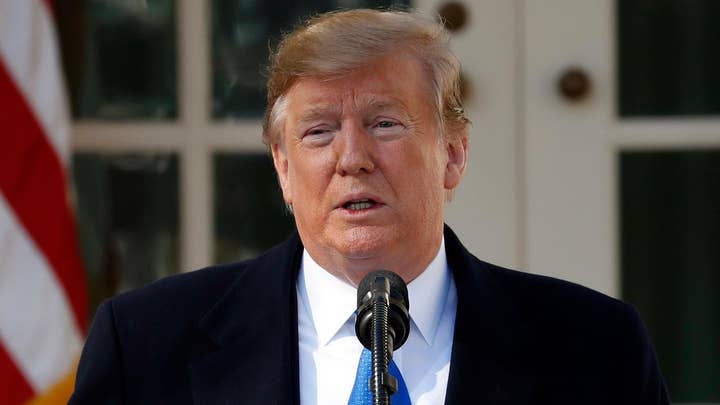 "The dual scourges of gun violence and violent white supremacist extremism in this country are a national security threat, plain and simple, and it’s time the Trump administration and Republicans in Congress starting treating them as such," Schumer said in a statement.

"Now Republicans and this administration need to put their money where their mouth is when it comes to addressing gun violence and stopping the rise of domestic terrorism, especially stemming from white supremacy," the statement continued.

In February, Trump used a national emergency declaration to divert funding from the Pentagon for his long-promised border wall. He took that tack after Congressional Democrats refused to fund the project.

Schumer's request came after CQ Roll Call reported that Senate Republicans were looking to divert about $5 billion from a domestic spending bill to fund the wall. The shootings in Texas and Ohio earlier this month have intensified the pressure on lawmakers to address gun violence and white nationalism,

The gunman in El Paso, Texas, who killed 22 people inside a Walmart targeted Hispanic immigrants.