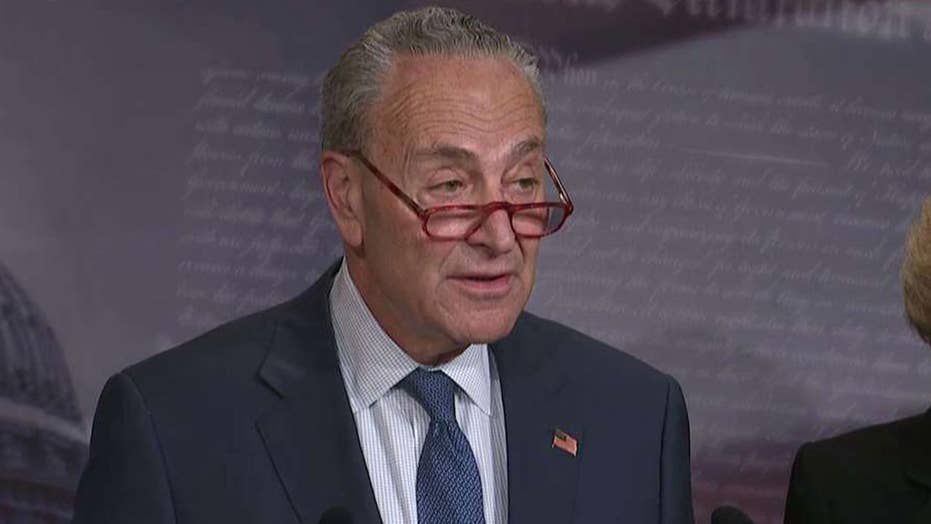 Senate Minority Leader Chuck Schumer speaks ahead of resumption of impeachment trial in the Senate.

New York Democratic Sen. Chuck Schumer blasted the proposed impeachment trial rules as a "cover-up" and accused Senate Majority Leader Mitch McConnell of writing the rules for the sole benefit of President Trump, as he vowed efforts by Democrats to upend them.

The comments come as Schumer plans to offer amendments to address the "many flaws" in the rules. That includes an effort to get White House documents related to withholding aid to Ukraine and get new witnesses to testify, including former national security adviser John Bolton.

"It appears that Leader McConnell decided to go along with the president's desire to cover up wrongdoing, hook, line and sinker," Schumer said.

He added: "It almost seems as if the McConnell resolution was written in the White House and not in the Senate." 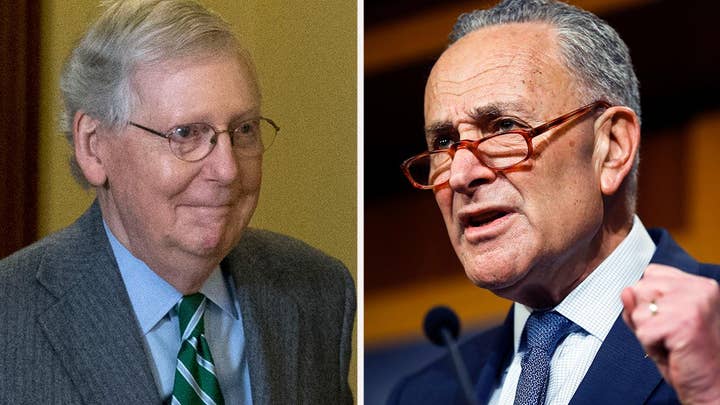 The historic trial will kick off in earnest Tuesday afternoon over two articles of impeachment: abuse of power and obstruction of Congress.

But first the Senate must agree on the resolution regarding the rules for the trial. Unlike in the Clinton impeachment in which the resolution passed 100-0, Democrats have fumed over McConnell's plan for putting obstacles in the path of submitting evidence and getting witnesses, for including a "kill switch" to allow for a motion for dismissal, and for forcing the opening statements to take place in the dead of night.

Like the Clinton impeachment trial, the resolution would give each side 24 hours to present their opening cases. But unlike two decades ago, the rules call for the arguments to be completed over two days. With the trial set to start each day at 1 p.m., that will mean the arguments into the dead of night.

Schumer argued that if Republicans are so confident in their case, why not offer their arguments "when the sun is shining, instead of at 2 a.m."

But being in the minority, Democrats will need four Republicans to join their cause. The few Republicans open to witnesses signaled they won't consider them until after the opening arguments, like in the Clinton trial.