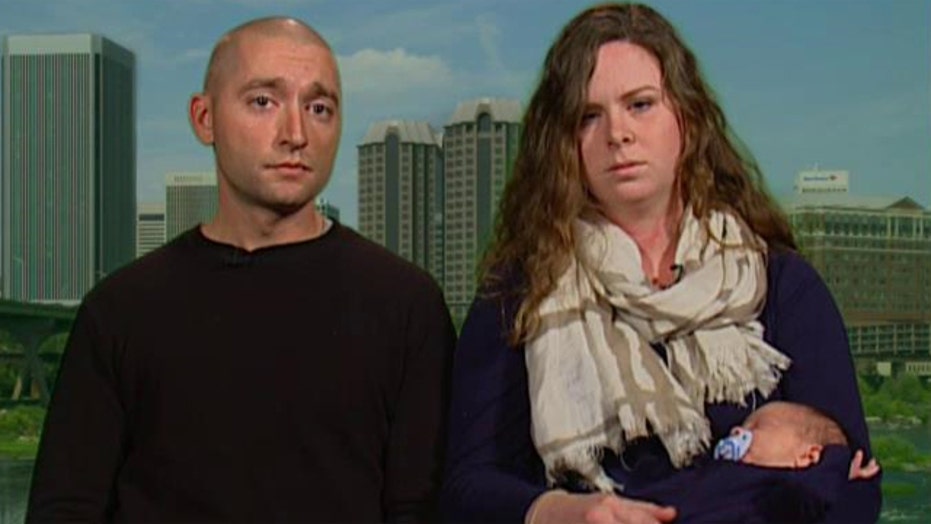 Sergeant's name not on lease

A soldier's return home for the holidays to be with his wife and newborn baby is being sabotaged by what he calls a Scrooge landlord.

"I'm stationed in Missouri and we haven't seen each other in six months," Bolt said in a report Saturday on Fox & Friends.

Bolt is on military leave to see his wife and his infant daughter who was born two weeks ago.  Lily Bolt is living in The Groves while she is a student at Clemson University.

The landlord is claiming that since his name is not on the lease, he is considered a visitor. Under the terms of the lease, visitors can only stay seven days.

Fox  Carolina said it spoke to the landlord. He said he enforces the seven-day rule for all his tenants.

The station also showed the lease to an attorney in Clemson. Amber Foster said the agreement was so vaguely written the landlord would have a tough time arresting Bolt for trespassing in his wife's apartment or kicking him out.