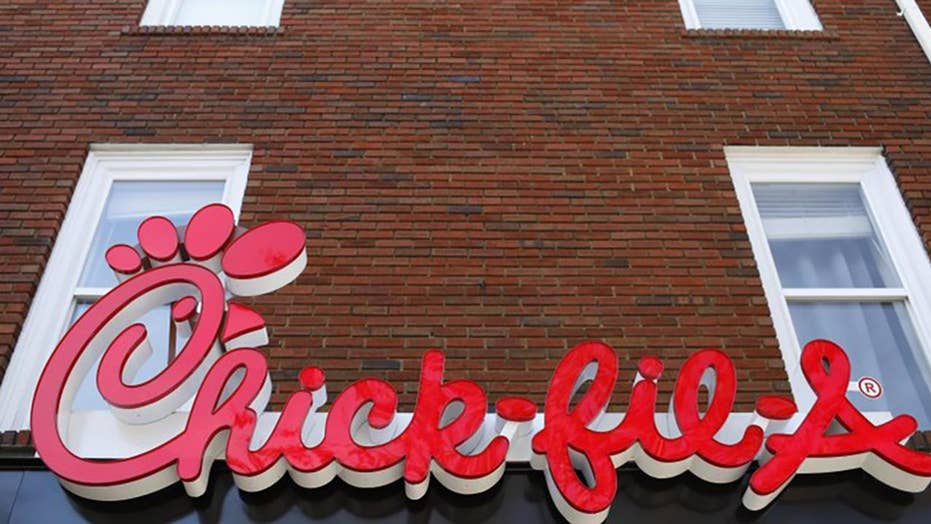 The proposal to protect religious beliefs and prevent the targeting of companies is reintroduced in the Texas Senate.

Texas State Rep. Jeff Leach spoke out Tuesday on "Fox & Friends" to defend a piece of legislation that has been dubbed the "Save Chick-fil-A" bill.

The bill was quietly revived in the Texas Senate Monday after being struck down in the House last week via a procedural maneuver.

The controversial legislation would prevent the government from penalizing businesses for exercising their religious rights, a conversation which began after Chick-fil-A was barred from opening a location at the San Antonio Airport.

The city council vote was decided after it was revealed that the fast-food chain donated millions in 2017 to Christian organizations that advocacy groups have labeled as discriminatory towards the LGBTQ community.

Leach said that Senate Bill 1978 "is about the fundamental pillars upon which our nation and the state of Texas were founded."

When the bill was first introduced in the House State Affairs committee last month, many debated both for and against it. It was struck down last week in a "parliamentary maneuver" by Democratic Rep. Julie Johnson, Dallas News reports.

CHICK-FIL-A IS STARTING TO 'IMAGINE' A VEGAN MENU

CHICK-FIL-A VOTED TO BE BOOTED FROM CAMPUS AT CAL POLY, TRINITY UNIVERSITY FOR ALLEGED 'ANTI-LGBTQ' VIEWS

However, a Senate committee meeting that was not publicized revived and advanced the bill on Monday, and reportedly placed it on the full Senate's intent calendar for Tuesday.

Rep. Leach said the takedown of the bill in the House was the result of a "technical problem" that was used by "progressive liberals" as an opportunity to kill it. Regardless of party lines, Leach argued, people aren't comfortable with Chick-fil-A being barred from public spaces like the airport.

"Republicans and Democrats, conservatives and liberals are outraged on this assault religious liberty and Chick-fil-A example is one example we have seen across the nation," he said.

"And, look, people love Chick-fil-A. You can't argue with Chick-fil-A's food and I don't think you should argue with the organizations that Chick-fil-A chooses to support either," he continued.