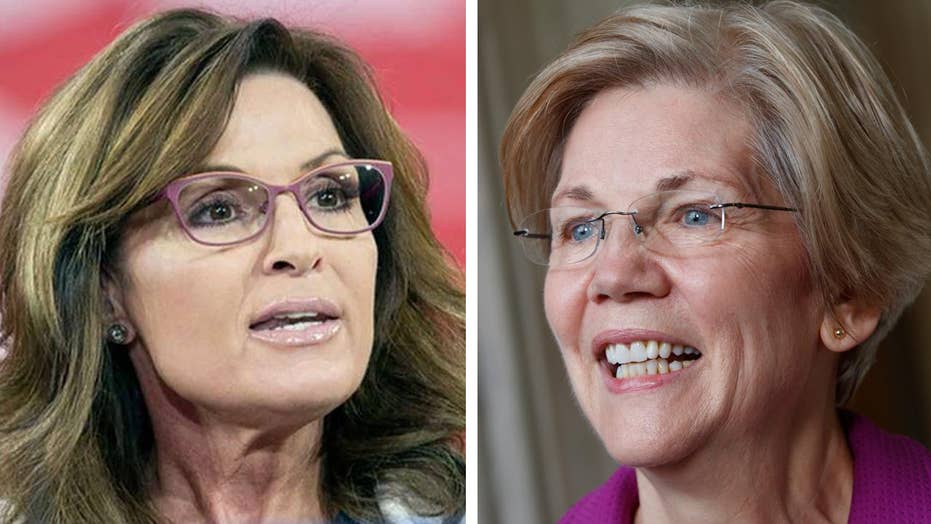 Sen. Elizabeth Warren has long advocated redistribution. Apparently that principle goes for both wealth – and quotes.

Sarah Palin is calling out the liberal Massachusetts senator after Warren tweeted the catch phrase "fight like a girl" on Tuesday, below a picture of her posing with the “Fearless Girl” statue in New York City.

Problem is, the same quote has been used repeatedly over the years by the former Alaska governor. And the Republican firebrand says it doesn't have the same punch coming from Warren.

“I don’t know. Coming from liberals who urge women to claim victimization, ‘Fight like a girl’ just doesn’t sound the same as when legit fighters for equality say it, mean it, live it, and will never give it up,” Palin told Breitbart News.

Palin has been most associated with the phrase in recent years, and even used it as a Facebook caption on Jan. 15 – three months before Warren’s post.