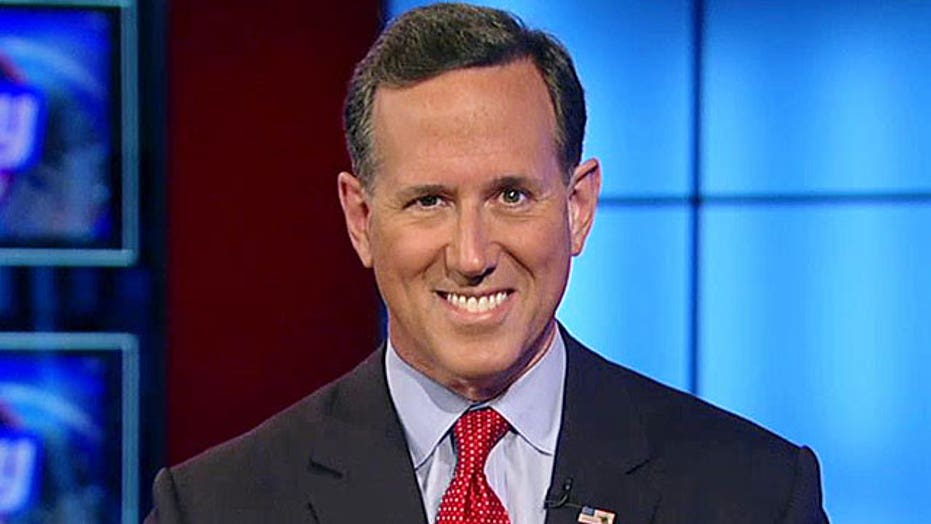 WASHINGTON – Rick Santorum told reporters on Monday he thinks Fox News may have undue influence over the Republican presidential nomination process due to its debate criteria.

The former Pennsylvania senator and two-time GOP presidential candidate, speaking during a Christian Science Monitor breakfast in Washington, said the network has “the ability to put their thumb on the scale.”

He suggested Fox News could boost a candidate’s popularity, and get them onto the crowded debate stage, by putting that candidate on air more often.

“They can, not that they will, but they can,” he said.

Santorum is currently on the edge of ‎making the cut of the top 10 candidates (based on the latest polls) who will be on the debate stage for the Fox News Republican presidential debate in Cleveland on Aug. 6.

Santorum also took on immigration, and said it’s an issue that needs to be addressed, but said his approach would differ from the way Donald Trump has handled the thorny topic.

"We need to have a discussion about what's in the national interest," said Santorum, adding that opposing illegal immigration does not mean you are "jingoistic or xenophobic."

Santorum told reporters he will be spending 19 of the next 30 days in Iowa, home of the critical first-in-the-nation presidential caucuses.