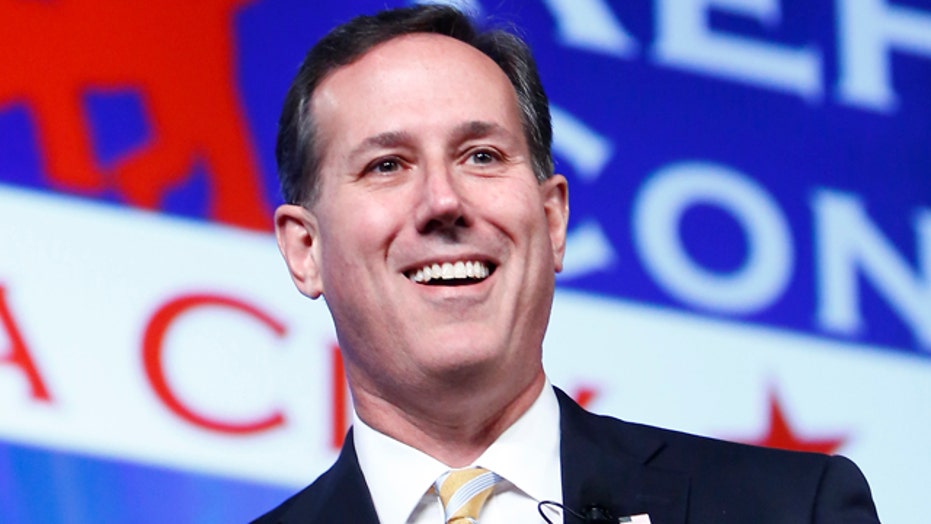 Former senator will be the seventh declared Republican candidate

Rick Santorum announced his second campaign for the White House on Wednesday, striking a populist tone as he railed against "big government" and "big money."

The former Republican Pennsylvania senator made his announcement surrounded by factory workers on the floor of a business near his western Pennsylvania hometown, a setting designed to showcase his focus on the working class.

He held up a piece of coal in one hand -- highlighting his family's working roots -- and an American flag in the other. In announcing "I'm running for president," he vowed to get rid of executive orders and regulations that are costing Americans jobs, as well as scrap the "corrupt federal tax code."

While hoping to build off his solid performance in 2012, Santorum begins the race as a heavy underdog facing a crowded field.

The former senator was the Republican runner-up in the 2012 presidential primaries and beat out nominee Mitt Romney in the Iowa caucuses. He also won 11 state races during the primaries. But Santorum faces a steep challenge this cycle in carving out a political niche for himself – as one of several social conservatives in contention.

As of Wednesday, the RealClearPolitics average of polls showed him ranking 10th, behind such social conservatives as former Arkansas Gov. Mike Huckabee and Ben Carson, both declared candidates.

He tried Wednesday to position himself as the working-class candidate. In a dig at well-funded competitors, he said: "Working families don't need another president tied to big government or big money."

Santorum claims his experience could pay dividends the second time around. Most of the GOP's recent presidential nominees, Mitt Romney and President Ronald Reagan among them, needed more than one campaign to find success in the nomination race.

"This is a long process," Santorum told reporters recently. "One of the things that I feel very comfortable with -- I've been through this process before." He said it's a "completely wide open race."

He began his political career in 1990 as a long-shot candidate for a House seat. In that race, he knocked seven-term Democratic incumbent Doug Walgren out of office. Santorum would go on to become part of the “Gang of Seven” in Congress made up of a new breed of GOP lawmakers. The group, which included now-House Speaker John Boehner, made headlines by going after House Democrats as well as focusing on the House banking scandal.

Six years later, he won re-election to a second term and would go on to chair the Senate Republican Conference -- the third highest-ranking party leadership position in the Senate.

Despite his past political record, Santorum is significantly trailing some of the GOP frontrunners vying for a shot at the White House.

Fox News, which will host the first Republican primary debate in Cleveland in early August, said it would limit participation to candidates who are in the top 10 of an average of national polling.