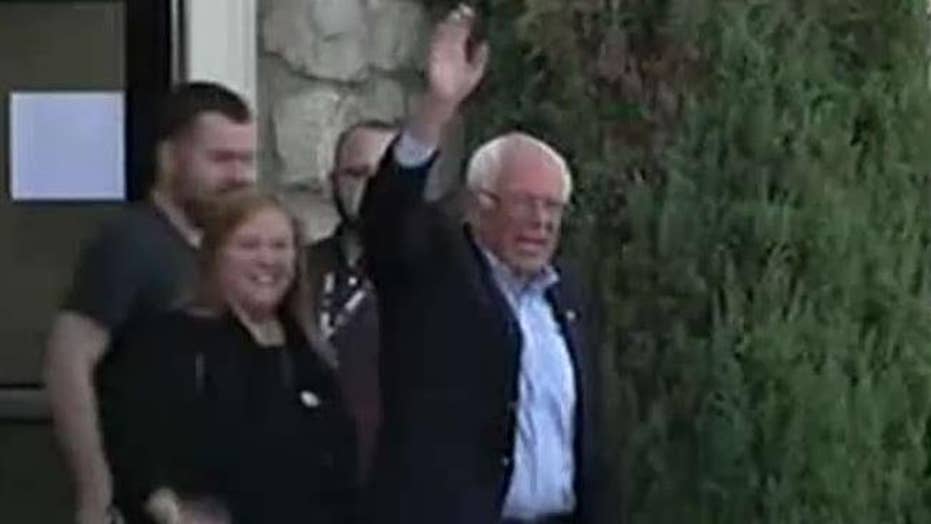 Bernie Sanders released from hospital after suffering a heart attack

Sen. Bernie Sanders is once again taking aim at corporate cash in politics – and, this time, the Democratic National Committee is one of his targets.

The Democratic presidential candidate – at home in Vermont and resting after suffering a heart attack last week – on Monday unveiled a plan to get big business dollars out of campaign politics by vowing to ban all corporate PAC contributions to the 2020 Democratic convention if he wins the party’s presidential nomination.

The Sanders campaign – in an email announcing the proposal – noted that 17 corporate donors funded three-quarters of the 2016 Democratic National Convention, with companies including AT&T, Microsoft and Chevron donating millions of dollars.

“In 2016, the fundraising committee for the DNC was led by an insurance executive and a Comcast executive,”  said Sanders, who famously sparred with party bosses during his last primary run against establishment favorite Hillary Clinton, as he introduced his plan. “Currently, some Committee chairs work as CEOs and board members for large health care lobbying groups, and companies such as Comcast. Under my administration, the DNC will no longer accept corporate money.”

The Democratic National Convention Committee confirmed to Fox News that there are no plans to return resources that have already been contributed.

If elected and if his plan is enacted, Sanders said as president he would also ban all corporate donations for inaugural events and cap individual donations at $500.

The plan’s release comes three days after Sanders was discharged from the hospital after suffering a heart attack last week. With the candidate off the trail, campaign co-chairs Rep. Ro Khana of California and San Juan, Puerto Rico Mayor Carmen Yulin Cruz campaigned in Iowa and New Hampshire this past weekend.

The proposal’s unveiling comes six days after Sanders raised an impressive $25.3 million in the July-September third quarter of fundraising, the most of any Democratic presidential contender. Sanders’ haul came almost entirely from small-dollar donors.