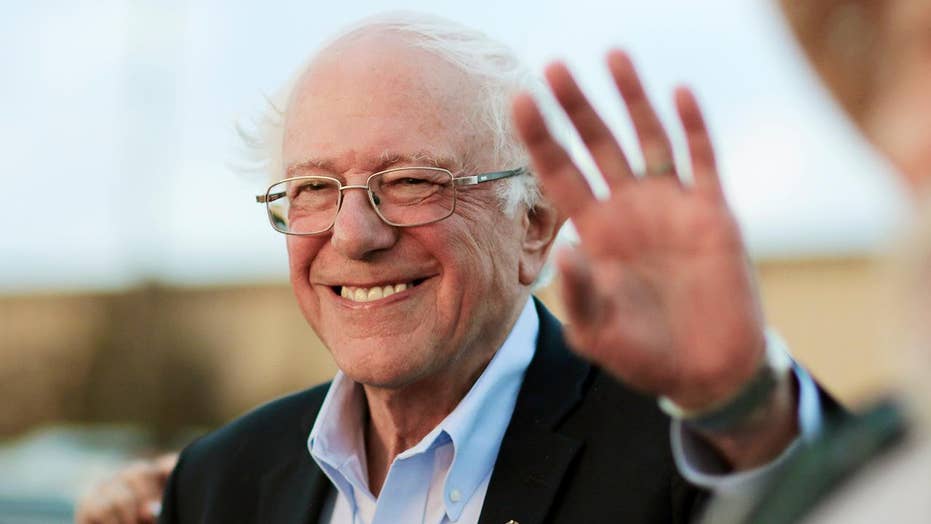 Democratic presidential hopeful Bernie Sanders believes the government could get $4 trillion in new taxes out of this plan; Peter Doocy reports.

If Democratic presidential candidate Sen. Bernie Sanders gets his way, companies with top executives who earn at least 50 times what their average workers do will see significant tax increases.

“The American people are sick and tired of corporate CEOs who now make 300 times more than their average employees, while they give themselves huge bonuses and cut back on the health care and pension benefits of their employees,” the progressive senator from Vermont stressed Monday as he introduced his Inequality Tax Plan.

Sanders, who’s running a second campaign for the Democratic presidential nomination, has made erasing income and wealth inequality central components of his White House bid. His new plan would raise taxes on companies with what he calls “exorbitant” pay gaps between their executives and workers.”

“It is time to send a message to corporate America: If you do not end your greed and corruption, we will end it for you,” he said emphatically.

“Some corporations where workers are making terrible wages, the CEO is making 500 or a thousand times more than their employee,” Sanders said Monday at a campaign event in New Hampshire. “Over the last 30 years, the top 1 percent has seen a $21 trillion increase in their wealth, while the bottom half of America has seen a decline in their wealth.”

The Sanders campaign said that if the senator’s campaign was in effect last year, banking giant J.P. Morgan Chase would have paid up to $991.6 million more in taxes, and Walmart $793.8 million more.

Sanders released his new tax proposal a week after he unveiled a plan to tax the wealthiest Americans to diminish income inequality and to begin to finance the steep price tags for the numerous government programs the Democratic presidential candidate is proposing.

“There should be no billionaires. We are going to tax their extreme wealth and invest in working people,” Sanders wrote on Twitter last week. His campaign also sent an email under the subject line: "Billionaires should not exist."

The senator’s plan followed a similar proposal earlier this year from one of his top rivals for the 2020 Democratic nomination, fellow progressive lawmaker Sen. Elizabeth Warren of Massachusetts.

The Sanders and Warren plans to boost taxes on the ultrawealthy were criticized last week by 2020 Democratic rival Andrew Yang.

The tech entrepreneur, who’s seen his campaign surge in recent months said on Twitter: “I understand the spirit and appeal of a wealth tax. It makes sense that those who enjoy vast fortunes should pay back into the system, particularly given the concentrations of wealth in our winner-take-all economy."

But, he added, "implementation would be impractical and problematic.”

Sanders' return to New Hampshire came days after the most recent poll in the first-in-the-nation presidential primary state – from Monmouth University -- indicated the senator fading to a distant third behind longtime frontrunner former Vice President Joe Biden and Warren.

Sanders downplayed that poll during an interview Monday with NHTalkRadio.com. “We’re feeling great,” he said. The turnouts are great… I think we have a great organization here in New Hampshire.”

And he repeated he was confident that he would once again win the state that four years ago made him a household name across the country when he crushed eventual nominee Hillary Clinton in the 2016 New Hampshire presidential primary.