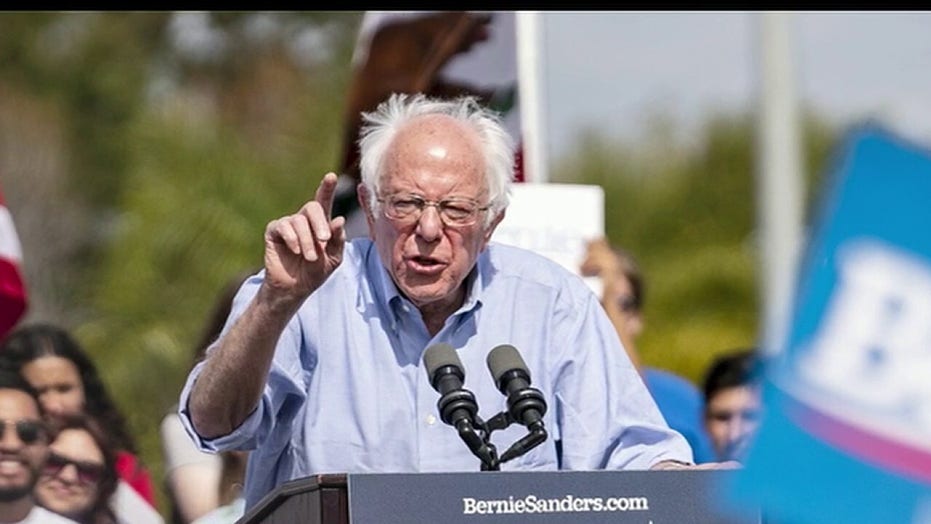 Why Bernie Sanders is staying on Democrat ballot

Chuck Rocha, Bernie Sanders Adviser, addresses Bernie vowing to stay on the ballot and if his supporters will jump to Joe Biden

Sen. Bernie Sanders  suspended his presidential campaign and acknowledged that “Vice President Biden will be the nominee.”

But the populist firebrand from Vermont isn’t ready yet to formally endorse Joe Biden for president.

WHY SANDERS PICKED WEDNESDAY TO END HIS WHITE HOUSE BID

On Wednesday night – in his first interview since announcing the end of his White House bid hours earlier – the senator skipped the opportunity to endorse when asked directly by host Stephen Colbert.

In his appearance on “The Late Show” on CBS, Sanders instead called Biden a "good politician" and said that his one-time Democratic nomination rival “understands that in order to defeat the president, that in order to defeat Trump, he’s going to need to bring new people into his political world” and “start moving in a different direction than he has in the past.”

When Colbert followed up – asking “is that a full-throated endorsement of Joe Biden?” – Sanders didn’t directly answer.

“We’re going to be talking to Joe and we are talking to his team of advisers,” Sanders responded. He then repeated his oft-repeated promise to do “everything that I can to make sure that Donald Trump is not reelected.”

“I will do everything I can,” Sanders stressed, “but I will say that we’re talking to Joe and talking to his team about how we can work together.”

Talks between the two teams are expected to get underway in the next few weeks to discuss areas of policy agreements.

Earlier Wednesday, as he formally suspended his campaign, Sanders highlighted in his speech that Biden is “a very decent man.”

But he also made it crystal clear that his name will remain on the Democratic primary ballot going forward.

“I will stay on the ballot in all remaining states and continue to gather delegates,” the senator said. “We must continue working to assemble as many delegates as possible at the Democratic convention where we will be able to exert significant influence over the party platform and other functions.”

Sanders has always stressed that his two presidential campaigns were more than just that — that they were a political revolution.

Biden, Sanders and the Democratic Party as a whole are all trying to avoid a repeat of the bitterness of the 2016 campaign, when many Sanders supporters refused to support eventual nominee Hillary Clinton in her general election showdown with Donald Trump. The deep divisions in the party were a contributing factor in Trump’s upset victory over Clinton in the presidential election.