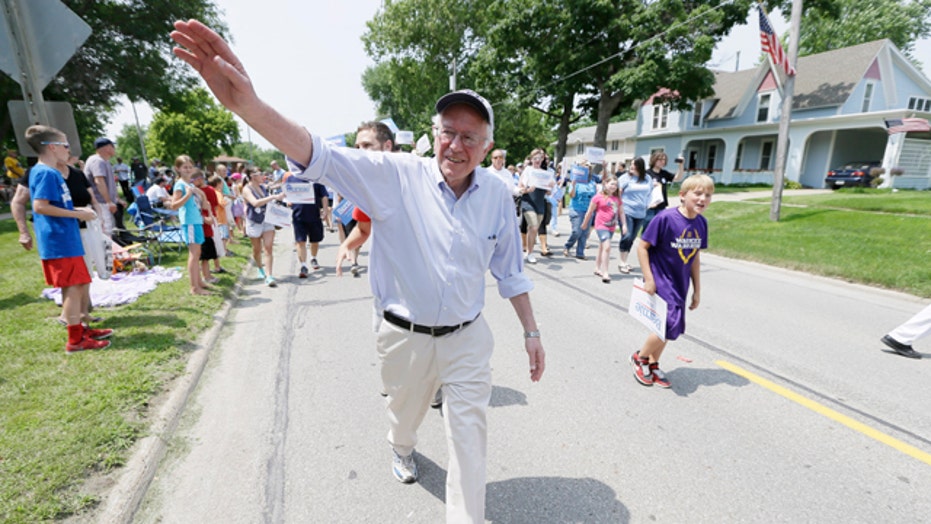 Democratic presidential candidate and Vermont Sen. Bernie Sanders is getting support from unions members across the county that includes a mix of long-time political backers and potential voters apparently wary of party frontrunner Hillary Clinton’s relationship with Wall Street and Big Business.

Sanders has already gotten support from one of the country’s most influential labor leaders, Larry Cohen, the outgoing president of the roughly 700,000-member Communications Workers of American.

He also told The Huffington Post that organized labor is not a rubber stamp for the Democratic Party “and certainly not for corporate Democrats."

And the grassroots group Labor for Bernie 2016 has already pulled support from hundreds of union members with similar concerns.

“While we come from different unions and backgrounds, our goal is a government that carries out the will of the people, not prop up the profits of the 1 percent at the expense of the rest of us,” reads a letter on the group’s website that already has 1,109 signatures.

Some AFL-CIO chapters have also expressed support for Sanders, including ones in South Carolina and Vermont, which has resulted in group President Richard Trumka reminding state and local divisions of the labor federation that only national leadership can announce an endorsement, as reported first by Politico.

Though Trumka was in fact citing existing bylaws, the announcement was seen by some as an attempt to quell the Sanders uprising, considering Clinton and her well established campaign, right now, have a much better shot at beating Republicans in the 2016 White House race.

Democratic-leaning strategist Kelly Grace Gibson told FoxNews.com this week that Clinton and Sanders each have a grassroots following, though perhaps not composed of exactly the same people or groups. And she argued that a unified endorsement like the one the AFL-CIO gave President Obama late in his 2008  primary race against Clinton has a bigger impact.

“The purpose of the whip-cracking is … Trumka is trying to maintain the importance and weight of the endorsement,” she said.

Republican leaning strategist and lobbyist Matt Keelen say that "at the grassroots level, most Democrats, at least those being talked about in the news anyway, are not particularly thrilled with (Clinton’s) corporatist, crony capitalist, Democratic strategy.”

Clinton, Sanders and fellow Democratic candidate Martin O’Malley, a former Maryland governor, reportedly have been invited to meet privately and separately with the members of the AFL-CIO’s executive council when they gather in late July in suburban Washington.

Meanwhile, Sanders, a progressive, continues to draw large crowds at campaign events, including 10,000 recently in Madison, Wis., more than 2,500 in Council Bluffs, Iowa and 7,500 this week in Portland, Maine.

The poll shows Sanders has cut the lead from 38 percent to 8 percent in roughly the past two months, 43-to-55- percent, compared to 51-to-13 percent in May.

That Sanders is now getting union support and financial backing is no surprise, considering he has been a long-time champion for organized labor.

The group LaborUnionReport.com also conducted an informal survey recently in which respondents favored Sanders over Clinton 76 percent to 11 percent and reportedly cited such factors as Clinton's silence on the trade pact, her having worked for the Rose law firm, which helped employers fight unions and her having been a member of the Walmart board of directors.

Still, Sanders, a self-described socialist, will have a difficult path to victory even if he wins the union endorsement, considered essential for any Democratic presidential candidate.

Beyond Clinton’s much larger war chest, she also has a far bigger and more-organized campaign operation and Capitol Hill endorsements.

The Hill reports Clinton has endorsements from at least 26 of the 69 Democrats in the Congressional Progressive Caucus.

“I think it’s clear to say that Clinton is the candidate for most members of Congress and the Democratic establishment,” Sanders told the newspaper.