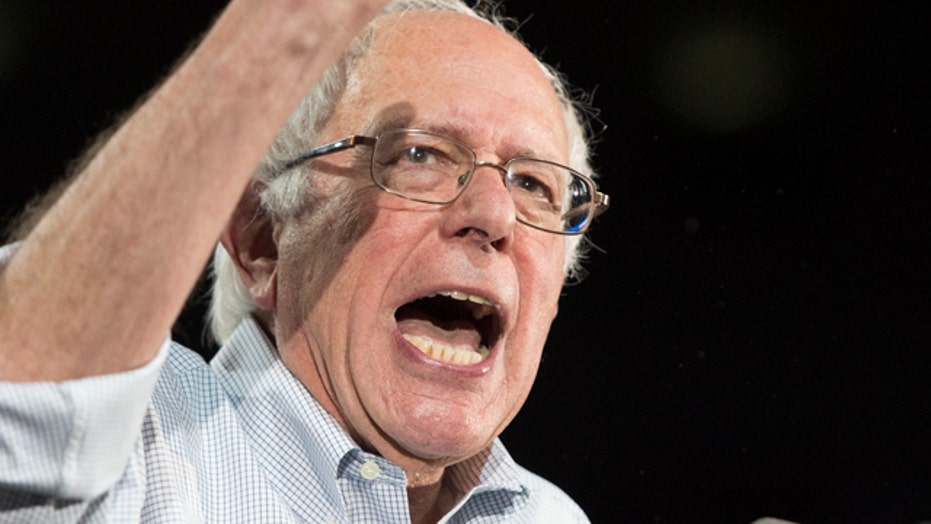 When Democratic presidential candidate Bernie Sanders packed a Seattle arena last Saturday night with 15,000 people, it was the biggest rally of the early campaign season for either party.

But the record didn’t last long. The very next day, in Portland, Sanders almost doubled that. The crowd of 28,000 aging baby boomers and millennials ate up Sanders’ theme of income inequality.

“Almost all of the wealth is controlled by a handful of people, and together, we are going to change that,” Sanders roared, to thunderous applause.

The Vermont senator wrapped up his West Coast tour by drawing another 27,000 in Los Angeles. Together, the rallies underscored the growing enthusiasm gap between him and Democratic front-runner Hillary Clinton, whose campaign has been beset by growing questions about the candidate’s personal email use while secretary of state.

Yet political analysts still question whether Sanders’ mega-rallies can actually translate to votes for the self-described socialist Democrat.

“These are really progressive cities,” said Chris Parker, a political science professor at the University of Washington. “I think that the people who turn out for these kinds of events are the most hard-core partisans, the most left of the lefties.”

Many liken the Sanders surge to the early Howard Dean machine. In 2003, he reached rock star status among liberals, then finished third in the Iowa caucuses.

Sanders trails Clinton by wide margins in every Iowa poll, though has done far better in New Hampshire surveys. He has campaign offices in just three states and has raised a total of $15 million. Clinton raked in a record $45 million the first three months she was a candidate.

“She has a great fundraising team, she has one of the best campaign staffs ever put together,” said Seattle University professor Marco Lowe, who worked on John Edwards’ presidential campaign in 2008. “And I think they are building a long marathon campaign to win.”

But long-time Seattle reporter Joel Connelly said it would be a mistake for Clinton to dismiss Sanders. He attended the rally in Seattle and sees Sanders bringing new people to politics, similar to Barack Obama eight years ago.

“A fair number of people I talked to Saturday night were in this for the first time,” said Connelly. “It was not simply a rally of the usual suspects.”

The latest poll from New Hampshire has Sanders leading Clinton for the first time.

Over the next two weekends, Sanders will hold rallies on more challenging turf than the West Coast, campaigning in Iowa and then heading to South Carolina.