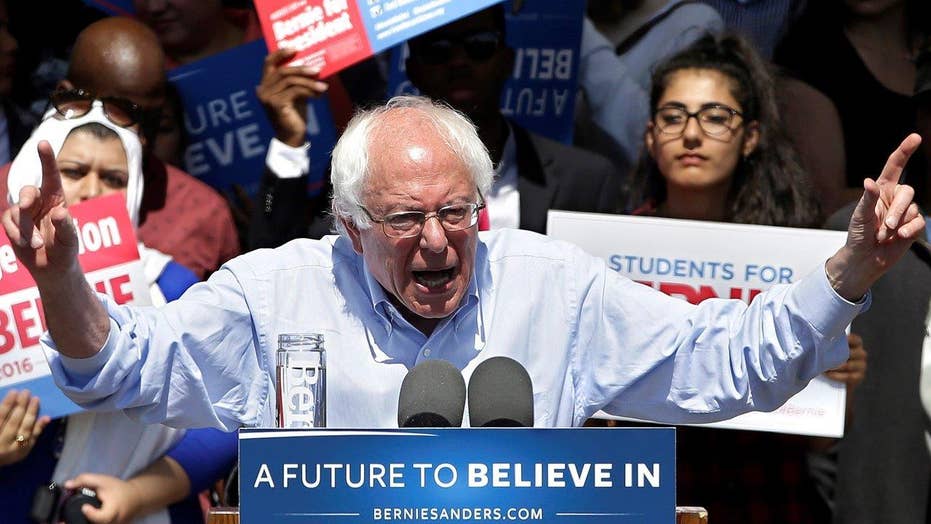 California state director Michael Ceraso's departure, first reported by Politico, comes on the heels of another primary win for the Vermont senator, this time in West Virginia. The win helps Sanders keep alive his long-shot bid to snatch the nomination from front-runner Hillary Clinton.

“We won a big, big victory,” Sanders said at a rally in Salem, Oregon Tuesday night. “The people of West Virginia … said we need an economy that can help more than just the one percent.”

But Ceraso’s departure is a blow to Sanders ahead of the crucial June 7 California primary, where 475 delegates are up for grabs.

Ceraso previously had told Politico he had advocated for a strategy that involved more investment on field and digital organization than the traditional Sanders staple of focusing on TV advertising.

It's unclear why Ceraso left.

Sanders, a self-described democratic socialist, has now won 19 states, compared with 23 for Clinton. But he still faces an extreme “uphill climb” toward winning the party nomination, in his own words.

Yet he emphasized Tuesday that he is in the race to win it.

"We now have won primaries and caucuses in 19 states," Sanders said at the rally in Oregon. "Let me be as clear as I can be. We are in this campaign to win the Democratic nomination."

Clinton has 2,240 delegates compared with 1,473 for Sanders, with just nine more contests remaining. It takes 2,383 delegates to win the Democratic nomination.